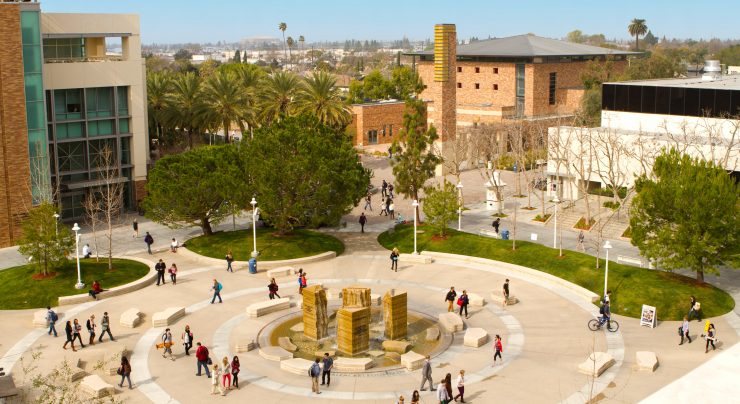 “We’ve earned these extraordinary rankings thanks to the commitment of our entire Chapman community and all the supporters who have helped us execute on our strategic initiatives to build and enhance our graduate programs,” says President Struppa.

Several of Chapman University’s graduate degree programs made significant gains in the 2021 U.S. News & World Report rankings released this week. Rising in the latest rankings were programs from Argyros School of Business and Economics and Crean College of Health and Behavioral Sciences.

Additionally, Chapman University School of Pharmacy broke into the top 100 pharmacy schools in its first year of being ranked by U.S. News, landing at No. 99. Dale E. Fowler School of Law jumped 21 spots to No. 111 in the best law schools category. Collectively, the graduate programs of Attallah College of Educational Studies rose 10 points to No. 133.

“We’ve earned these extraordinary rankings thanks to the commitment of our entire Chapman community and all the supporters who have helped us execute on our strategic initiatives to build and enhance our graduate programs. It mirrors the robust culture of excellence we are proud to see throughout the University,” Struppa said.

The rankings factor in Chapman’s reputation among its peers in higher education, so are particularly gratifying, said Provost Glenn Pfeiffer.

“As our national reputation grows, it’s validating to earn this respect from our peers who recognize our excellence in preparing students for positions of leadership across society. These rankings represent the commitment of our faculty, talented students and dedicated alumni, many of whom hire our graduates because they personally know that a Chapman graduate is ready for any challenge,” Pfeiffer said.

The Full-Time MBA program in Argyros School ranks at No. 74 in the nation, up from No. 85 in 2020, according to U.S. News & World Report’s 2021 Best Business Schools rankings. “Poets & Quants” – one of the country’s most recognized business school publications – highlighted Argyros School for making one of the ‘largest jumps’ in the nation. The Argyros School now ranks third overall among private schools on the West Coast, behind only Stanford and USC. Corporate recruiters ranked Argyros School graduates 37th nationally.

“We ultimately measure our success by the value our graduates bring to organizations. Our strong connections in the business community and increasingly influential faculty are the keys for us. This rating by the employers who hire our graduates is why prospective students are increasingly looking to the Argyros School for an MBA,” said Thomas Turk, Ph.D., dean of Argyros School.

Health Sciences Among the Best

At Crean College, the M.S. in Communication Sciences Disorders rocketed 28 spots from No. 120 to No. 92. The change in rankings reflects the program’s excellence, from the clinical opportunities it offers students to the educational experiences in the neuro-deficit learning lab, said Janeen Hill, Ph.D., dean of Crean College.

Crean’s Doctorate in Physical Therapy program cracked the top 100 list, coming in at No. 97. Again, Hill cited clinical experiences available to students as among the many signs of the program’s growing excellence.