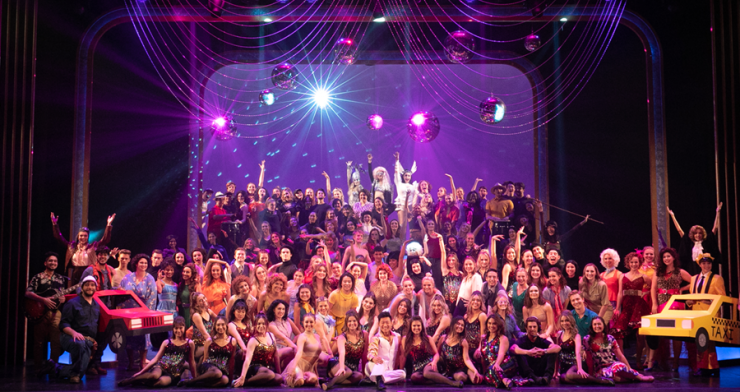 Chapman University’s annual fall scholarship gala is always a dazzling event that benefits thousands of students who otherwise couldn’t realize their dreams of a Chapman education.

But it’s fair to say that Chapman Celebrates 2019 was especially extraordinary. Not only did the two-day affair raise $1.5 million for student scholarships, it included a performance from a Grammy-nominated Chapman parent, a celebration of women in the arts and the announcement of a major new scholarship program.

This year’s show theme – Celebrating the Female Voice – was expressed throughout the two-day event.  Each night a student cast performed an upbeat revue of Broadway and musical classics made famous by women composers and performers, from Dolly Parton’s “Nine to Five” to the iconic “Respect,” made legendary by Aretha Franklin.

A highlight of Saturday’s Gala Night included a performance by artist and singer Vanessa Williams, who performed the iconic “Colors of the Wind” from Disney’s “Pocahontas.” Williams, a Chapman parent, was also presented with the University’s 2019 Lifetime Achievement in the Arts Award.

The award-winning actor and singer was quick to share the accolades Saturday with all her fellow Chapman Celebrates attendees at Musco Center for the Arts.

“Thank you for every parent in here who believes in the importance of the arts. Because these children, these young adults, are amazing. You can really see how a dream can come true if you support them,” she said.

An accomplished alumna who has made her voice heard in television was the focus of Friday’s Opening Night. Emmy-winning television producer Brenda Brkusic Milinkovic ’04, director of programming and development at NBCUniversal, was presented with the Alumni Achievement Award. Since graduating, Brkusic Milinkovic has earned 10 Emmys, four CINE Golden Eagle Awards, 12 Telly Awards, and three Golden Mike Awards.

Setting the stage for more alumni success in the health sciences, Chapman President Daniele C. Struppa announced at Saturday’s gala a collaboration with Simon Foundations that will enable future students in Chapman’s Physician Assistant Program the opportunity to complete their educations tuition-free. The   $9M gift will “transform lives” Struppa said.

Next year marks the 40th year for the signature scholarship gala. The Gala Night is set for Saturday, Nov. 7, 2020.