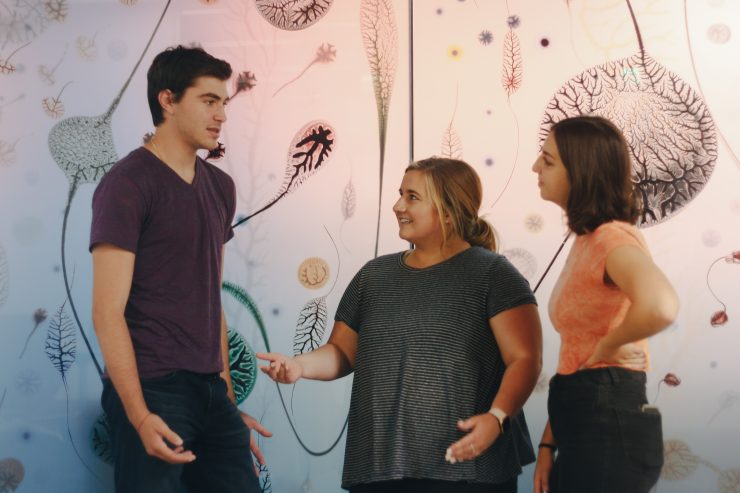 To Better Understand the Brain, Try, Try Again The brain is our most complex and high-functioning organ, but that didn’t stop Chapman University students from finding out how to make it work better.

The GCI is a two-year experience where students work in small teams with a faculty mentor to solve one of the world’s most pressing problems, from reversing climate change to improving data security to developing new health technology.

The team focused on improving cognitive health, and their research has major implications. But it didn’t come easy.

Passion and Curiosity are the Most Sustainable Fuels

When students begin in the GCI, they choose from a list of large-scale goals that can be interpreted and approached in a wide variety of ways.

“There’s a lot of wiggle room, which gave us the freedom to make the project our own,” David says. That freedom inspired the team “to go way further with our research than we would have if it was assigned,” Sabrina adds.

Neuropharmacologist Rennolds Ostrom, Ph.D., mentored the cognitive team. He understands that curiosity should fuel research: “You have to be driven to try to understand something, to be curious about how something works. This team is not only curious; they’re doing something about it.”

While reviewing academic articles about cognitive health, the team became interested in how people can improve focus: What helps one student study for three hours straight while another checks their phone every two minutes? From there, they looked at tyrosine, an amino acid, and how it affects neurotransmitters. They wondered if tyrosine might be a healthy alternative to drugs like Adderall.

Stimulants such as Adderall can improve concentration but can be addictive and cause cardiovascular damage. “Given that tyrosine naturally occurs in the body, we thought it could be preferable,” Mary says.

It was a novel idea. But as with any hypothesis, the group needed a test. That’s where things got tricky.

The group didn’t let that stop them. After all, the project is called the Grand Challenges Initiative. They knew improving cognitive health wouldn’t be easy—and wouldn’t happen overnight.

They spent countless hours in the labs at Chapman’s Rinker Campus, conducting tests and collecting data; learning how to use powerful equipment; discussing findings and brainstorming new approaches; and, yes, sometimes getting on each other’s nerves.

But they were making progress. The more they looked into tyrosine as a natural way to enhance concentration, the more they believed in the amino acid’s potential to help people focus.

“Right before our third semester ended, we had a breakthrough,” Mary says. “We got results that backed up our ideas, which was amazing. We finally got data that showed tyrosine’s impact on the brain, and you could see the increase on a graph.”

The implications of the group’s findings are wide-reaching. From developing new medications for ADHD and other attention-related disorders to helping to prevent illicit use of concentration-enhancing drugs on college campuses, tyrosine could be a key element in the evolution this research.

Ahead of the Game

GCI students get to be very creative and think outside the box in terms of finding solutions to challenging problems that even experts can’t figure out.

Reflecting on the GCI experience, David says, “It got us into research right away, which will help us move into a career or grad school.”

Sabrina’s recent experience is proof: “The project helped me get an internship this summer,” she says. “The experience doing actual research set me apart.”

On the job and in life, there will be setbacks. There will be challenges. You just have to keep moving forward, which is what the GCI taught these students.

Looking back, Mary says, “It was intimidating at first, especially knowing you’d work with your group for a long time.” In spite of that, she and her team made connections that will extend beyond their time at Chapman. She says, “We had a great team dynamic, and it was awesome to see how we collaborated to make something theoretical become concrete—and see the actual science behind it and how it all works.”

For those curious to learn more, the group’s research is available through Chapman University’s Digital Commons. 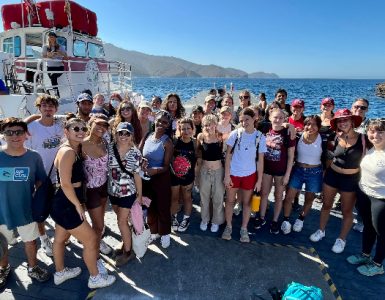 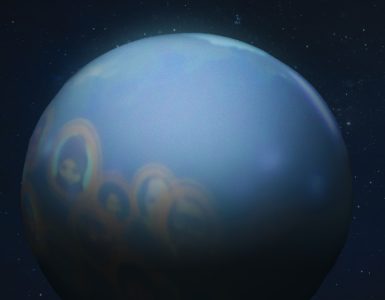