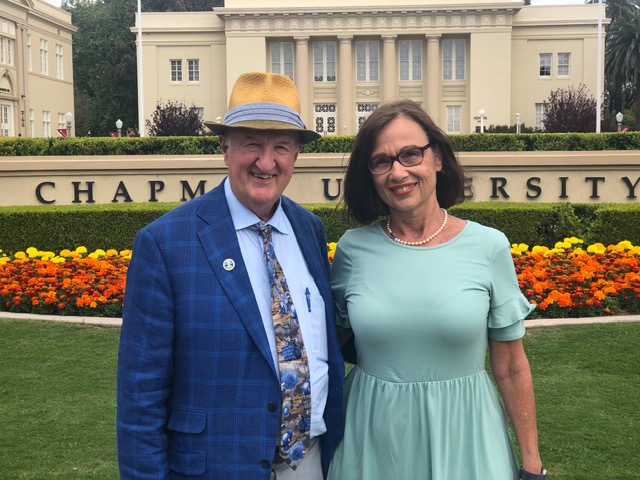 Presidential Fellow Mark Skousen smiles cheek to cheek, surrounded by a group of gleeful Chapman University business students as they pose for a photograph on campus. The students proudly display American Silver Eagle coins, gifted to them by Skousen. Later, the students join the professor and his wife, Jo Ann, for an evening of fun and homemade food to celebrate the end of a successful semester.

It’s this love for his students that won Skousen the “My Favorite Professor Award,” the highest honor given at the Faculty Appreciation Awards, which the Office of Residence Life and First Year Experience hosts annually.

“Over the years, I’ve received a variety of awards, including the Triple Crown in Economics presented to me by Steve Forbes last year. But this is the first time I’ve been blessed by some kind of popularity contest among college students. I’m honored,” Skousen said. 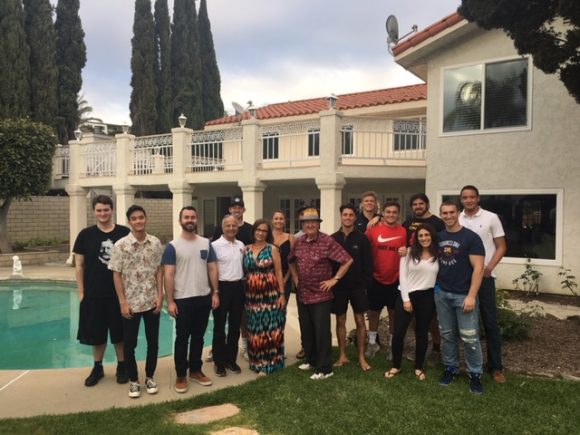 Skousen, Ph.D., editor of the “Forecasts & Strategies” newsletter, is a nationally known investment expert, economist and author of more than 25 books. Since 2014, he has lectured during spring semesters in the George L. Argyros School of Business and Economics.

In addition to teaching his students how to think like an economist, Skousen prepares them for life.

“I try to teach several lessons – first, try to avoid the ‘big mistake’ in life, such as getting involved in drugs or bad relationships. Second, maintain good friendships and avoid grudges. I point them to the four pillars in the Attallah Piazza and encourage them to develop all four aspects of life – the physical, the mental, the spiritual and the social,” Skousen said.

More than 20 Chapman University faculty members have made the prestigious worldwide top 2% of scientists database compiled by Stanford University. “This database shows the caliber of Chapman’s faculty and reinforces our...