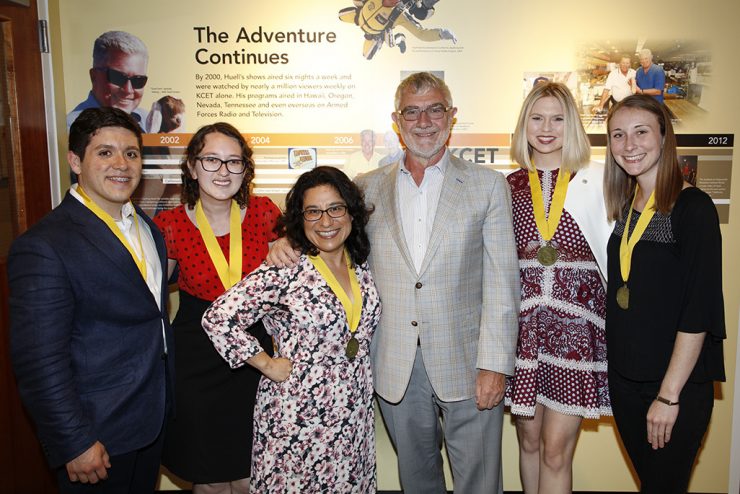 Lessons In Leadership Seek out mentors, embrace risk and value the ideas of others, President Struppa advises.

“The quality of a leader is reflected in the standards they set for themselves,” said Ray Kroc, the founder of McDonald’s and a member of Time 100: The Most Important People of the Century.

By that measure, Chapman University President Daniele Struppa is among the best. His personal leadership rules guide every aspect of his life, and each decision he makes as the University’s leader is informed by a set of principles that were established by his parents.

Struppa touched upon the importance of personal standards and many other qualities essential for effective leadership in a recent discussion with Adam Mendler, CEO of The Veloz Group, at thriveglobal.com.

Following are excerpts from that conversation.

What were the essential people and events that formed your character and leadership philosophy?

The most important reason for my success is my parents – incredibly supportive, loving, warm, affectionate. Most important, both of them were great role models. I come from a family of lawyers for several generations, but I fell in love with math when I was a little kid, and my parents always encouraged me. I believe the strong connection with my family and their constant support are the fundamental reasons why I have been successful.

What is the single best piece of advice you have ever received?

Many years ago, I was a young assistant professor in Italy, making very little money. I was feeling very frustrated because I thought I was bright and hard-working, and felt it was unfair that I was being paid so little. One night, I was having dinner at the home of a very good friend of mine, whose father was a very successful and fairly wealthy man. He knew me very well because I had visited his home many times and I had been the recipient of his hospitality more times than I could remember. Over dinner, I began my usual litany, and he looked at me with affection, and simply told me: “Daniele, you are a very intelligent young man, and a very hard-working one. Stop thinking about how much money you are making and I promise you that you will naturally succeed beyond your expectations.” As it turns out, he was absolutely right, and I have never forgotten that moment.

What did you learn from your early failures and setbacks?

I learned a bit in every job I had. I have plenty of examples, but I will share one that stands out in my mind. Early in my administrative career, I engaged in a sweeping reorganization of the unit I was leading, without realizing that my restructuring was going to eliminate a program that was directed by a faculty member who was very well liked and respected across campus. I made, in her, an unintentional adversary. My lack of attention to academic politics could have impacted the success of the needed reorganization, plus my career. I have learned, mostly by making mistakes, that only very rarely logic wins the day; most people make decisions on irrational and emotional grounds, and my love for logic and clarity are a poor substitute for the effectiveness of the emotional pull.

In your experience, what are the defining qualities of an effective leader?

Passion, humility, ability to listen. I want to elaborate on this last point, because to me it is one that everybody mentions but few really follow. We all learn the basic rules: Look at people in their eyes when they talk, listen quietly, do not raise your voice, etc. But in my view these behaviors are only the surface. They indicate that we are polite, but they have no influence over whether we are listening with true respect for our interlocutor. What I believe is very important in an effective leader is the ability to truly become convinced of the worthiness of the person we are talking with, so that we can accept the possibility that they will convince us even though we may not agree to begin with. Listening alone is not enough, unless it is accompanied by the recognition that we are not the only depositories of truth.

How can leaders and aspiring leaders take their leadership skills to the next level?

I think the best teachers are experience and example. So, I would advise aspiring leaders to seek supervisors whom they admire and whose standards they can try to emulate. I also would suggest that aspiring leaders take risks and accept failure as the natural consequence of trying something new. If you don’t have the courage of pushing and risking loss, you probably will never be a true leader.