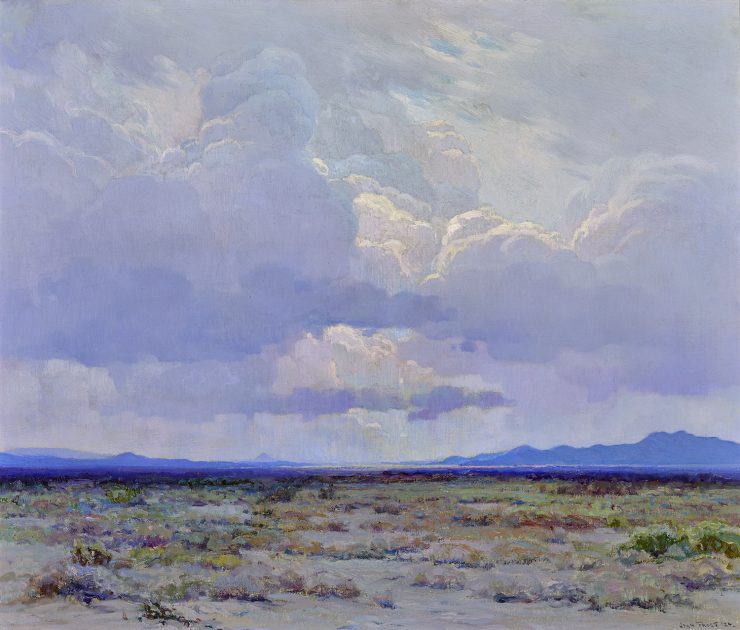 Loren Barton is one of the important women artists in the Gardena HS Collection. Here she portrays two women in a migrant camp at the end of a day’s work – a commentary on the difficult social and economic times of the Great Depression. The painting refers to the plight of women who joined the agricultural labor force with their families, living in tents and makeshift homes – evocatively portraying their exhaustion and quiet resignation.