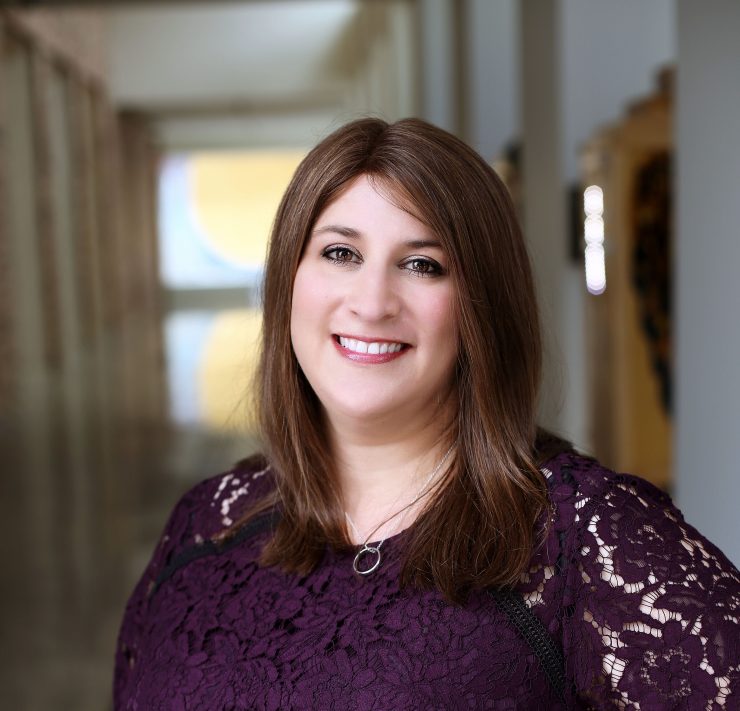 Rabbi Corie Yutkin, Chapman University’s director of Jewish life and a chaplain at Fish Interfaith Center, knows that a journey of faith can take many turns.

“I came from a Conservative Jewish upbringing with Orthodox grandparents and I’m a Reform rabbi, so I’ve run my own continuum in my life and I still dance along that tradition line,” says Yutkin.

“I’ve always said, ‘Your Jewish journey, I don’t care where it’s taking you, just take one.’ So if it takes you to Hillel, and then it leads you to Chabad, fantastic. You’ve got two meals in one night, which is great. But you also have two different learning experiences and cultural and community experiences.”

About 10 percent of Chapman students identify as Jewish, creating a sizeable community on a campus that last year was chosen one of the Forward College Guide’s three safest colleges for Jews. Chapman was the only college on the West Coast selected among the top 30.

Yutkin, a Hillel advisor before joining Chapman in 2017, estimates that about 100 students are active in each of the two major Jewish student organizations. Chapman Hillel holds a weekly Shabbat service and kosher meal on Fridays at Fish Interfaith Center, the campus home for religious and spiritual life. Chabad at Chapman University, based in a house near campus and led by advisor Rabbi Eliezer Gurary, also holds weekly Shabbat dinners. Other student groups include Students Supporting Israel, J-Street, and a chapter of the national Jewish fraternity Alpha Epsilon Pi.

Yutkin seeks to draw in more of the many Jewish students as well as faculty and staff who are not yet involved in the campus faith community. She recognizes that many Jews may be especially yearning for connection in a troubling era when statistics show that hate crimes are on the rise. In October, the Chapman community gathered for a vigil at Fish Interfaith Center after the mass shooting that killed 11 people during a Shabbat service at a Pittsburgh synagogue. The shooter has been charged with federal hate crimes.

“As an interfaith center, we said we wanted to show Jewish students that it’s the entire community that’s being supportive,” Yutkin says. “One of the things I’m so glad about is the organic way we worked together. It was a synagogue, so I was taking the lead. We were talking about the victims of violence and hate, and Jibreel [Shaykh Jibreel Speight, Chapman’s first director of Muslim life] had come in and said, ‘You know, can we also include the two African Americans who were killed in Kentucky?’” [The shooter in an October attack that killed two in a grocery store near Louisville first pounded on the doors of a historically black church and also has been charged with federal hate crimes.]

“This is why we have an interfaith center, and this is why we want to find opportunities to reach a much broader community and make sure that every member of our community doesn’t feel marginalized but instead feels supported,” Yutkin says.

“I think especially on a college campus when we’re so busy and involved with the busyness of our lives and schedules and exams and papers and trying to care for our families, sometimes we need to find those moments of Shabbat — those moments of wholeness and completeness and peace, whether it actually happens on Shabbat or at another time during the week. That’s really my hope and my intention — to figure out where to plug in so that other people can unplug.”