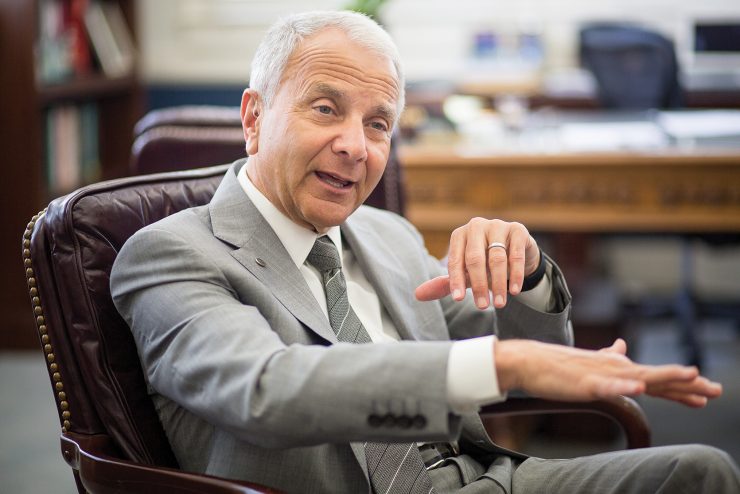 It’s a fundamental fact of real estate life: Location matters. But what if your location is also near the ocean? It turns out, that’s a bigger influence on price than economists previously understood. Factor in those coastal breezes, and California’s soaring real estate values make more sense, according to a model devised by economist Jim Doti and his students at Chapman University.

Doti, Ph.D., professor in the Argyros School of Business and Economics as well as president emeritus, developed the model with his students as part of a class project. The findings were so eye-opening that Doti included them in his spring Economic Forecast Update, the companion event to the University’s annual fall Economic Forecast, now in its 41st year and one of the nation’s most accurate.

Doti delights in sharing the credit with students in his course on econometrics, a branch of economics that uses statistics, economic history, patterns and other data to forecast trends. During the spring semester, he and his students applied the principles to predict a variety of economic developments.

Housing is always a chief topic in the annual forecasts, so it was a natural one to put to the test. They used several traditional predictors of property values for a region, including the natural amenities scale, a gauge used by the U.S. Department of Agriculture that calculates climate, topography, water and other features into a desirability score.

Yet, the numbers weren’t adding up as expected and didn’t fully explain the price of California real estate.

Then a student asked a good question. Did the type of water matter? What if it were an ocean?

“It just kind of came to me. I figured people love to be by the ocean,” says McKenna Koledo ’18, who graduated with a degree in business administration from Chapman’s Argyros School of Business and Economics. The new graduate knows of what she speaks. She grew up in the San Francisco Bay area, where her family has business interests in property investments and management.

So the class added a dummy variable to the formula – one extra point to each of California’s coastal counties. With that one modification, the new model predicted prices that matched real-world values.

“After we ran it with the dummy variable, the significance of the natural amenities score went significantly down,” Koledo explains.

The new model uncovered surprises, too, by revealing real estate bargains and overpriced trends around the state.

Add in the Amenities Factor, for example, and Riverside County is more overvalued than both Orange and Los Angeles counties. Placer County – home to Lake Tahoe – is one of the most undervalued counties in California. Meanwhile, Silicon Valley’s Santa Clara County is the most overvalued.

“These are the exciting things that happen in econometrics,” Doti says.

It’s fitting that the Amenities Factor began as a classroom project. Doti, ever the professor, routinely drops digestible economics lessons into his national and regional economic forecast presentations. Indeed, the forecasts themselves grew from classroom teaching efforts.

In 1977, few economists gave much thought to Orange County’s economy. But Doti, then a young economics professor at Chapman, saw it as a laboratory for econometrics. Rather than developing a textbook study, Doti challenged his students to assemble data reports and plug the numbers into his forecast model.

Today the forecasts are among several research reports presented by the University’s A. Gary Anderson Center for Economic Research. From 2004 to 2016, Chapman’s forecast accuracy for real GDP ranked No. 1 when compared with forecasts issued by the organizations participating in the Blue Chip Economic Indicators surveys.

Generations of graduate students have contributed to the forecast efforts, learning first-hand the importance of economic forecasting to investors, business owners and others working everywhere from Main Street to Wall Street.

One of the most recent student researchers was Samantha Glasson ’19, who relished the number-crunching project and even used her econometrics lessons to predict the outcome of Golden State Warrior games. But Glasson also hails from Napa County, one of the jewels in California’s $35 billion wine industry.

“My home county was ranked 15.9 percent overvalued. I assume some of that is because it is not adjacent to the Pacific,” she jokes. “I guess we’ll have to add in a wine country variable next time.” 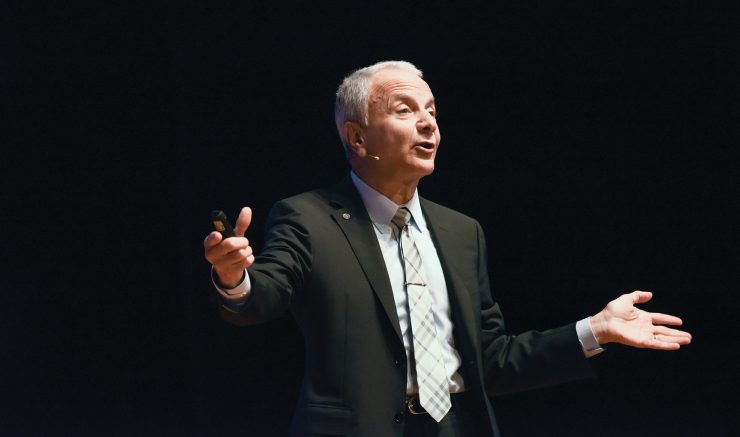 Orange County residents see housing affordability as the region’s top problem. What’s more, they worry that their children won’t be able to afford to live where they grew up. Those are among the findings of a comprehensive Chapman University survey seeking to get a read on the attitudes of Orange County residents.

“Fifty percent of our (700) respondents were worried that their kids won’t be able to buy a home in Orange County – any home,” said Fred Smoller, Ph.D., associate professor of political science at Chapman and lead researcher on the Orange County Annual Survey, supported by a grant from Fieldstead and Company.

Homelessness was the second-biggest concern on respondents’ radars. A wide majority – 63 percent – said they would support a quarter-cent tax to fight homelessness.

The survey threw a light on other trends as well, including increased support for gun control, environmental protection and Deferred Action for Childhood Arrivals (DACA), Smoller said.

The findings highlight changes in the county that could resound long into the future, reshaping the county’s identity as a conservative Republican stronghold.

“It’s not that people’s attitudes are changing. It’s that the people themselves are changing,” Smoller said, noting that the county is much more ethnically diverse today than it was a generation ago.