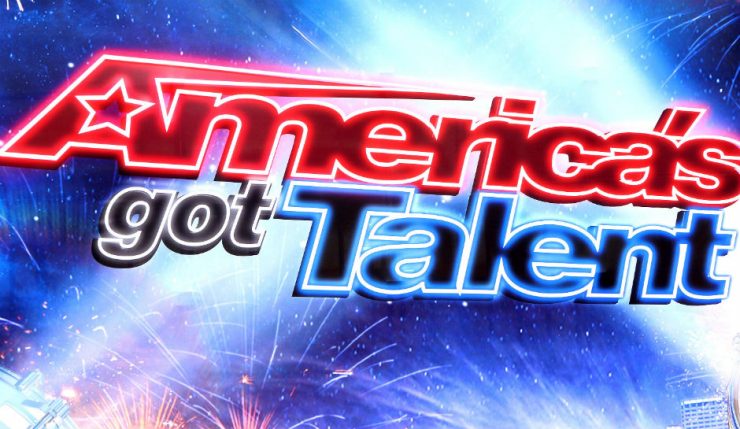 A Wild Ride to “America’s Got Talent” It's crunch time for Chapman Alumnus Daniel Emmet '15, a wild card in 'AGT' talent competition.

He learned a new song in an hour — in Italian, no less. He wowed the audiences. But the judges said no. Then the entertainment roller coaster that is “America’s Got Talent” came roaring back, and a wild card spot in the quarterfinals of the NBC talent program came to Daniel Emmet ’15 and he was back in the game. Now the Chapman University vocal performance alumnus awaits the results of fan voting, to be announced Wednesday, Aug. 29, at 8 p.m. (Pacific).

Audience voting during the live broadcast of the Tuesday, Aug. 28, show is a vital part of advancing in season 13 of the competition show. Emmet delivered a stunning performance during the broadcast, performing an operatic version of Aerosmith’s “I Don’t Want to Miss a Thing” against a backdrop of flames and swirling lights.

Whatever happens Wednesday, Emmet can already claim the prize for keeping cool under pressure. Among the challenges he faced in the audition phase of the NBC entertainment show was judge Simon Cowell’s demand that the vocalist learn and perform a little-known song, “Passerà” by Il Divo. Oh, and perform it in Italian, please.

“You won’t know it, but it’s a beautiful, beautiful song,” Cowell said.

An hour later, Emmet returned to the stage, sang the Italian ballad and won the audience’s heart, but not Cowell’s. He was eliminated, but ultimately Emmet earned the wild card spot in the third round of quarterfinals that aired on Tuesday.

His faculty mentor Peter Atherton, DMA, director of Opera Chapman, was impressed and proud, but not surprised. Atherton recalled Emmet as a consummate performer during his Chapman career, whether signing leading roles for Opera Chapman productions or signature pieces in Chapman Celebrates revues.

“From the start of Daniel’s freshman year through his graduation he demonstrated discipline, determination, vision and an amazing vocal gift,” Atherton said. “All of us in the Hall-Musco Conservatory are rooting and cheering for Daniel for his performance on “America’s Got Talent.”‘

#Repost @agtauditions What am I holding?? Tune in to NBC to find out!! AGT starts NOW!!! #impossiblechallenge