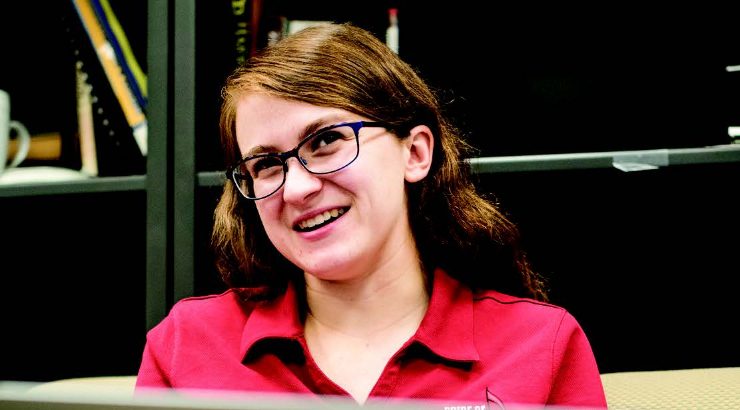 She earned two degrees and wrote three thesis papers, including one in French. Her research focuses on the politicization of language. She is described as having a fundamental conviction “that we should always behave so as to treat with respect the dignity of reason and moral choice in every human being.” Oh, and she’s a section leader in the Pride of Chapman Pep Band.

One of Gulley’s thesis projects examines the use of French discourse in creating a privileged place for Algeria in the French imaginary.

“I would say the most important takeaway from my thesis is the significance of language in creating perceptions of others, and the real-world consequences of these perceptions,” said Gulley, senior editor of the award-winning Chapman history journal “Voces Novae.”

Gulley plans to continue her studies at Chapman next year as part of the integrated 4+1 master’s program in War and Society.

Among the other Class of ’18 students honored shortly before Commencement: