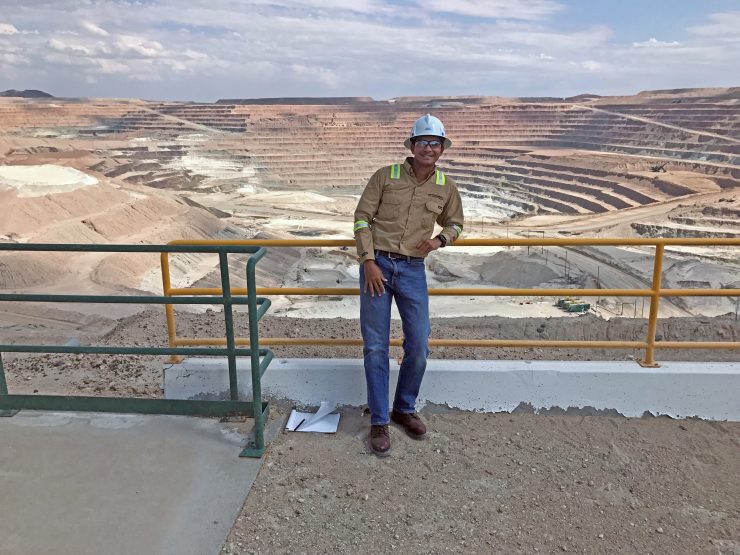 Trained as an environmental scientist, Brian Reinsch ’06 is also drawn to engineering by “the logic component,” he says. “You dig deep into the curiosity, then apply logic as you seek out the right answer.”

In his current work, it’s the “digging deep” part that initiates Reinsch’s investigations. His work takes him into California’s largest open-pit mine, which produces nearly half the world’s supply of borates for use in hundreds of products, including a classic: 20 Mule Team Borax.

Reinsch runs quality tests to ensure that the mine and its labs near Death Valley operate at their full potential. Much of the chemistry he uses still connects him to the geochemistry lab of Chapman University Professor Christopher Kim, Ph.D.

“Dr. Kim introduced me to professional, cutting-edge research,” says Reinsch, who went on to earn master’s and Ph.D. degrees in environmental science and management from Carnegie Mellon University. Mixed in was a post-doc fellowship at École Polytechnique Fédérale de Lausanne in Switzerland, which included studying the environmental effects of uranium mining in Kazakhstan.

He had planned to become a professor himself, but as he developed industry colleagues he decided “to give this business thing a try,” says Reinsch, who works for the international company Rio Tinto. “I’m sure glad I also had business classes at Chapman.”

At the mine in Boron, he runs daily tests “to ensure our products are what our customers want.” When he finds impurities, he often has to trace them to their source and then engineer a solution. “You follow it through to find out why something is happening at the fundamental level,” Reinsch says. “That’s applicable to all facets of life.”

Call it the bedrock of Reinsch’s approach.

“Hunt down the problem,” he says, “and learn how to fix it.”