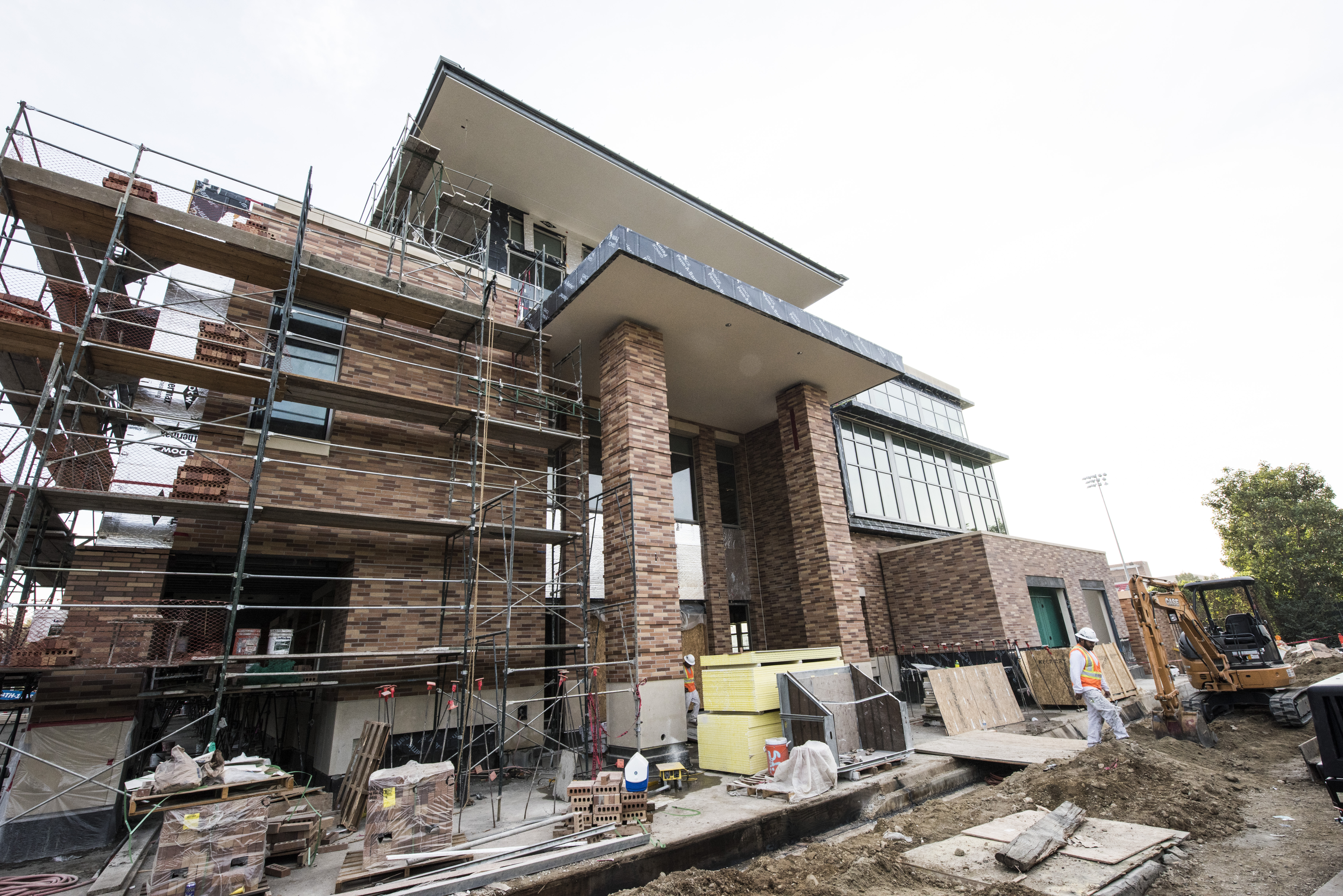 The construction site of Chapman University’s Keck Center for Science and Technology may seem quite this winter. But things are humming along inside.

The construction site of Chapman University’s Keck Center for Science and Engineering may seem quiet this winter. But things are humming along inside.

Led by Abacus Project Management, exterior construction is largely finished, so attention is being focused now on testing the heating and air conditioning systems, polishing concrete floors and completing the dramatic McCardle Family Collaboration Stairs that are among the building’s hallmarks.

The Keck Center’s “Chapman” look is almost complete, too, thanks to its exterior of brick and cast stone that echoes that installed on other campus structures.

In September, the W.M. Keck Foundation made a $21 million gift to name the state-of-the-art facility. Set to open in fall 2018, the center is the largest building project in the University’s history. The $130 million, three-story building will include 140,000 square feet of space, and be the new home for Chapman’s Schmid College of Science and Technology as well as the Fowler School of Engineering.

Learn more about the science and thinking behind the center’s design in this 2017 Chapman Magazine story.

Display image at top/The architectural design by AC Martin Partners includes a dramatic arch design in keeping with some of the Prairie-style architecture of Old Towne Orange.