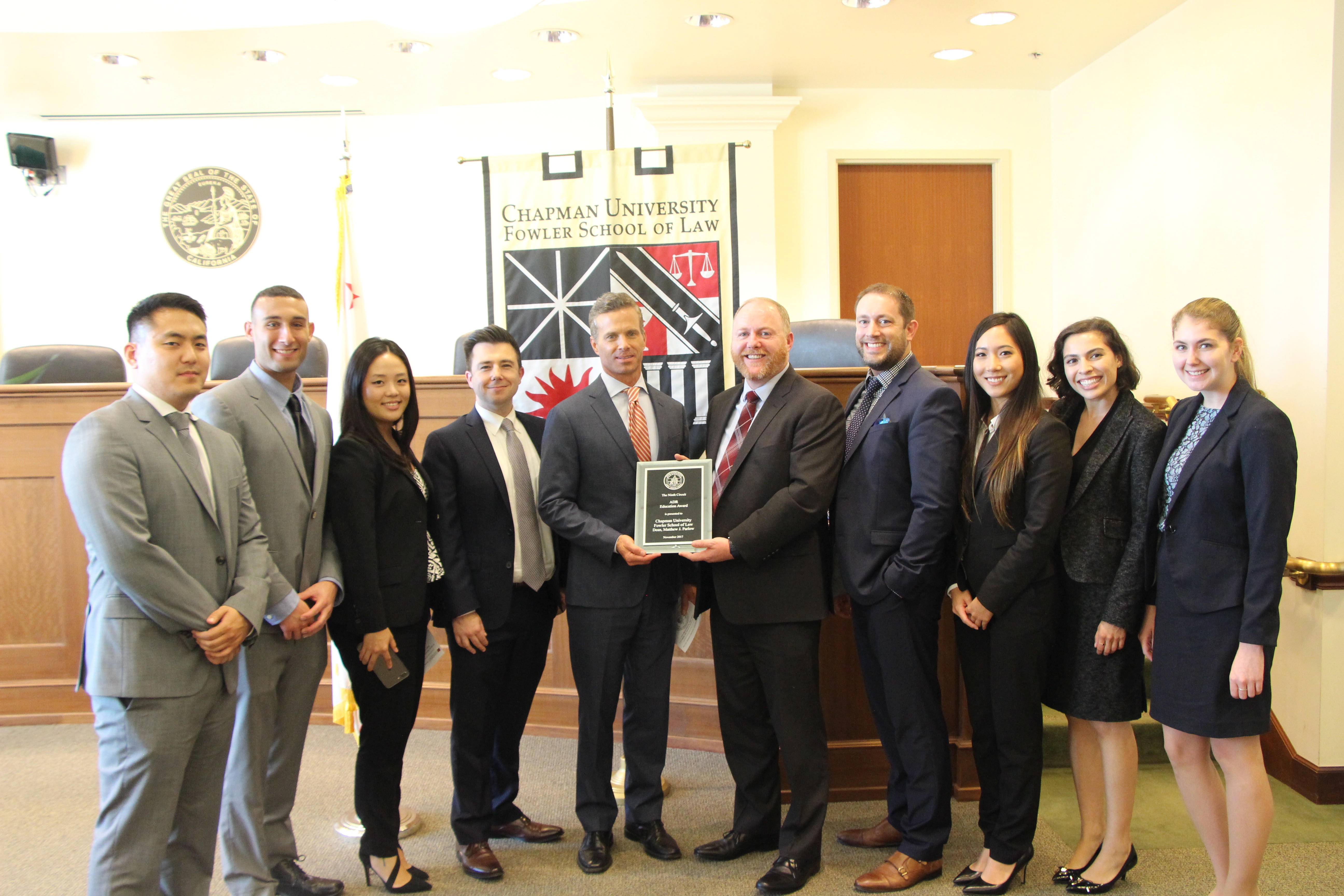 “Chapman is honored to accept this year’s ADR Education Award,” Fowler School of Law Dean Matt Parlow said. “Under the guidance of Professor Dowling, our mediation clinics have proven to be important resources in Orange and Riverside Counties, positively impacting those communities and providing students with a wealth of hands-on experience.”

The Judicial Council of the Ninth Circuit, the governing body of the federal courts in nine western states and two Pacific Island jurisdictions, created the award to recognize ABA accredited law schools that have demonstrated a commitment to advancing education in the field of alternative dispute resolution.

“Receiving this award is a great honor; and to have the Ninth Circuit judges at Chapman to meet with our students is incredible,” Dowling said.

Through the clinic program, students become certified mediators who provide services to approximately 700 actual parties in Orange and Riverside Counties each year. Mediation and ADR clinical opportunities at Chapman include the in-court Mediation Clinic, which provides dispute resolution services in civil disputes, restraining orders, and probate cases; the Criminal Justice Dispute Resolution Program, which delivers mediation, counseling, and dispute resolution training for incarcerated youth; and the Restorative Justice Clinic, where student mediators resolve conflicts between juvenile offenders and victims as an alternative to probation.

Fowler School of Law students have mediated 400 cases this year in Riverside County alone, most recently resolving a half-million-dollar probate case.  The Restorative Justice Program has a 96 percent success rate this year, with only one of the 26 participants re-offending post-mediation.  In addition to the clinics’ work in Southern California, Professor Dowling and his students have also provided training in alternative dispute resolution to international attorneys and law students.

The Ninth Circuit ADR Committee was created in 1997 to promote the use of ADR programs in the circuit, beyond the traditional practice of assigning judges to preside at settlement conferences. The Committee also developed a comprehensive model local rule for ADR, which was adopted by the Judicial Council in 1999.