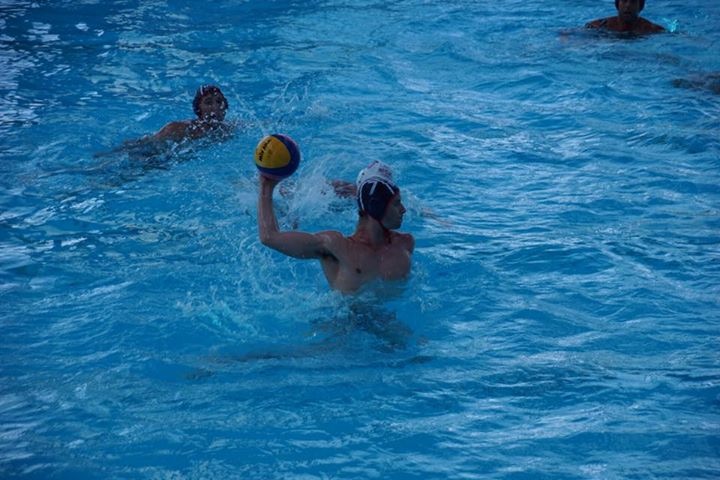 Jake Gross '15 is competing for Team USA in the 2017 Maccabiah Games.
SportsUncategorized

Former Chapman University water polo player Jake Gross ’15 competed in the 2017 Maccabiah Games, an Olympic-style athletic competition now held every four years in Israel for some 10,000 Jewish athletes from around the world. First staged in 1932, the games have included such elite athletes as Olympic swimmer Mark Spitz and basketball players Ernie Grunfeld and Danny Schayes. Gross completed this Q&A by email from Israel during the competition, which concluded July 16.

Q: First, tell us what it was like participating in the Opening Ceremony in Jerusalem. What does this mean to you personally, or to your family? What has struck you about being in Israel?

A: The Opening Ceremony was an incredible experience. The best part was walking out onto the field, and the indescribable pride I felt to be representing the United States. We were very well received as we entered and were one of the last countries to walk onto the field, so the stadium was packed with 40,000 athletes and fans to greet us.

My dad played water polo in the games in Israel in the 1980s and he came, along with my girlfriend, to watch the games. This is my first time coming to Israel. Our team came two weeks before the games started so we could practice together and tour different parts of Israel. The biggest thing that has struck me is all of the history behind this amazing place. It is essentially where all religions were created.

Q: On to the competition: What’s your role on the team? Are your teammates players you’ve known in Southern California?

A: I am a utility player, so I can play any position that is necessary, but my primary position is to guard the 2-meter player. Most players on our team grew up in SoCal, but we also have two from Chicago and one from Florida. I didn’t know any of my teammates other than from our tryouts, which were in San Diego last December.

Q: What was the atmosphere like for the match against the “home team,” Israel, which resulted in Team  USA’s first loss, 18-6?

A: The match against Israel was a tough one for us. We knew what we needed to do to win, but didn’t execute our game plan. We had just as many fans as Israel if not more, which was very empowering. Our last two preliminary games are extremely important. We need to win those in order to make it to the gold medal game. [Team USA ultimately finished fourth after losing to Brazil, 12-10, in the bronze medal game.]

Q: You last played for Chapman in 2015. You’re working. How much do you play or train, and how much time were you able to get off for the games? What’s next for your water polo career, or is this it?

A: The only organized water polo that I have played in the past two years has been with a summer team at a junior college in San Diego, so it was tough to get back in water polo shape. I swam three days a week for the last two months leading up to the games, but adult water polo teams are tough to come by. I was lucky enough to have an employer that allowed me to take four weeks off work for these games. As of now, I’m thinking this will be my last big tournament of my water polo career.

Q: And finally, tell us more about your work. How did Chapman prepare you academically? And what aspects of water polo training and competition have carried over into your work life?

A: I am a manufacturing engineer for Catalent San Diego, which is a contract manufacturer of small-scale pharmaceuticals. Chapman/water polo taught me hard work, teamwork and time management. Juggling water polo, my physics and computational science degree and being in a fraternity while in school took a lot of time, so I had to stay on top of all my school work.