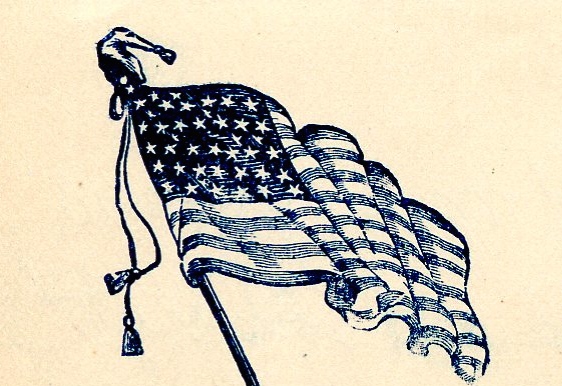 Archive Dive: A wartime 4th of July in 1898 In Chapman University's War Letters Archives, soldier records history as he woos

Though they were merely pen pals, American soldier Orrin Bowen and Michigan schoolteacher Jennette Dean carried on quite a correspondence during the Spanish-American War in 1898.

He begged her for a photograph or even a drawing of herself, inquired about a rumor she was engaged, and complimented her letter-writing. Bowen even teasingly offered to send Dean one of the many chameleons and alligators he saw in Florida, where he was stationed in Tampa, a staging area for American attacks on Spain’s forces in Cuba.

Teddy Roosevelt and his Rough Riders set out for Cuba from Tampa, as did other American soldiers and ships en route to the island. On July 1, 1898, U.S. forces in Cuba defeated the Spanish in the Battle of San Juan Heights. On July 3, the Americans destroyed the Spanish Fleet off Santiago Bay, a key victory in the brief war that set off celebrations in Tampa on what Bowen called a “glorious fourth” in his letter dated July 5th, 1898: 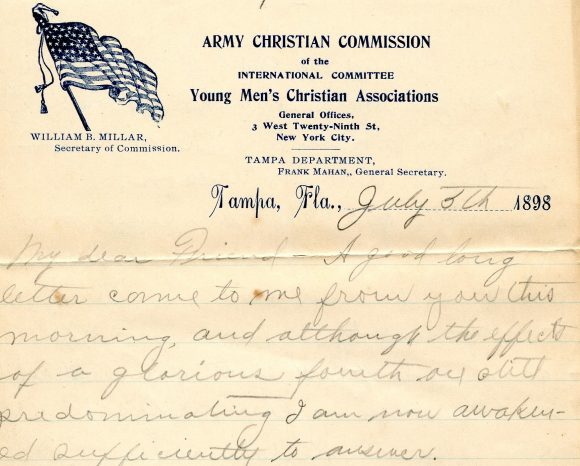 “Yesterday was a day long to be remembered in Camp DeSoto, and not alone for the truth of independence, but more for the joyous news of Shafter’s work before Santiago,” he wrote, referring to Major General William Rufus Shafter, who hailed from Michigan, as did Bowen and Dean.

“At 8:30 in the morning, the regiment was assembled in front of the Colonel’s tent where he read the ‘Declaration of Independence,’ followed by the Washington dispatch,” Bowen wrote in a 12-page letter to Dean. “I can not tell you how the men cheered. Only those here can ever know. An endless chain of men, formed by a single rank, marched all about the camp, shouting the names of Shafter and Sampson.” (Rear Admiral William T. Sampson was in charge of the U.S. Navy forces that won the Battle of Santiago de Cuba, though Sampson was ashore at the time.) Sampson declared the Spanish fleet a Fourth of July present for the nation, and Bowen reported further on the celebration in Tampa:

“A salute of 46 shots was fired at noon by three men detailed from each company in the regiment,” he wrote to Dean. “The afternoon was passed by the playing of a ball game and other sports of interest, while in the evening fire-works lit up the sky till a late hour.”

The war ended in August, and Dean’s correspondence with Bowen — one of at least four soldiers she wrote to — appears to have ended in 1899, while he was a law student in Ann Arbor, Mich.

Bowen, who had teased Dean about her disdain for lawyers, married a woman named Lucinda and went on to become an attorney and a judge. He left Michigan to return in Florida, where he lived in St. Petersburg before his death in 1940 at the age of 63.

The letters, part of the collection of the Center for American War Letters Archives housed in Chapman University’s Leatherby Libraries, remain a testament to the spirit-lifting effects of correspondence to soldiers stationed far from home — especially if the letters come from someone of the opposite sex.

Bowen asked about Dean’s dresses, angling for a description before coyly backing away.

“Well, seeing that you don’t like compliments I must be careful what I say,” Bowen teased. “But I’m sorry because I had some more to give you.”