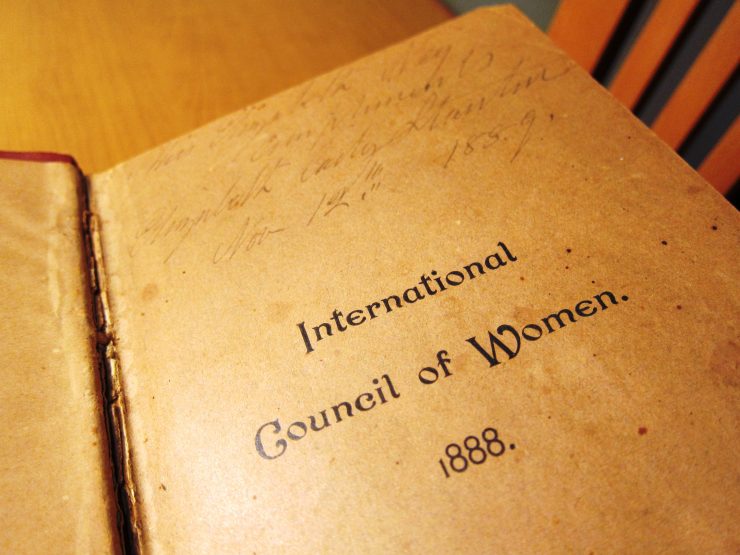 An original Report of the 1888 International Council of Women, assembled by the National Woman Suffrage Association in Washington, D.C., has been donated to Chapman’s Leatherby Libraries. The book is signed by Elizabeth Cady Stanton.

A leader of the women’s suffrage movement, Stanton worked for years to gain the vote for women, setting the stage for ratification of the 19th Amendment in 1920.  Her signature on the volume makes it particularly significant, said Stephanie George, special collections and archives librarian at Leatherby Libraries.

The book came to Chapman through David Moore, assistant vice president for Legacy Planning, by way of his mother, who found it at a garage sale in Elgin, Texas.

The work is now available to Chapman scholars and members of the public alike in its new home, Chapman’s Frank Mt. Pleasant Library of Special Collections & Archives.

The item in the display case caught Mitchell Raff ’s attention the moment he saw it. The wallet, aged and battered, with Hebrew writing on it, had clearly been made from a Torah. One of the many ways Nazis desecrated... 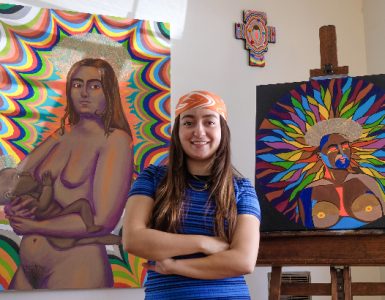 I was born and raised in the border city of Chula Vista, where every other person and restaurant is Mexican, and every other word switches from Spanish to English. I came to Chapman University to pursue a degree in...