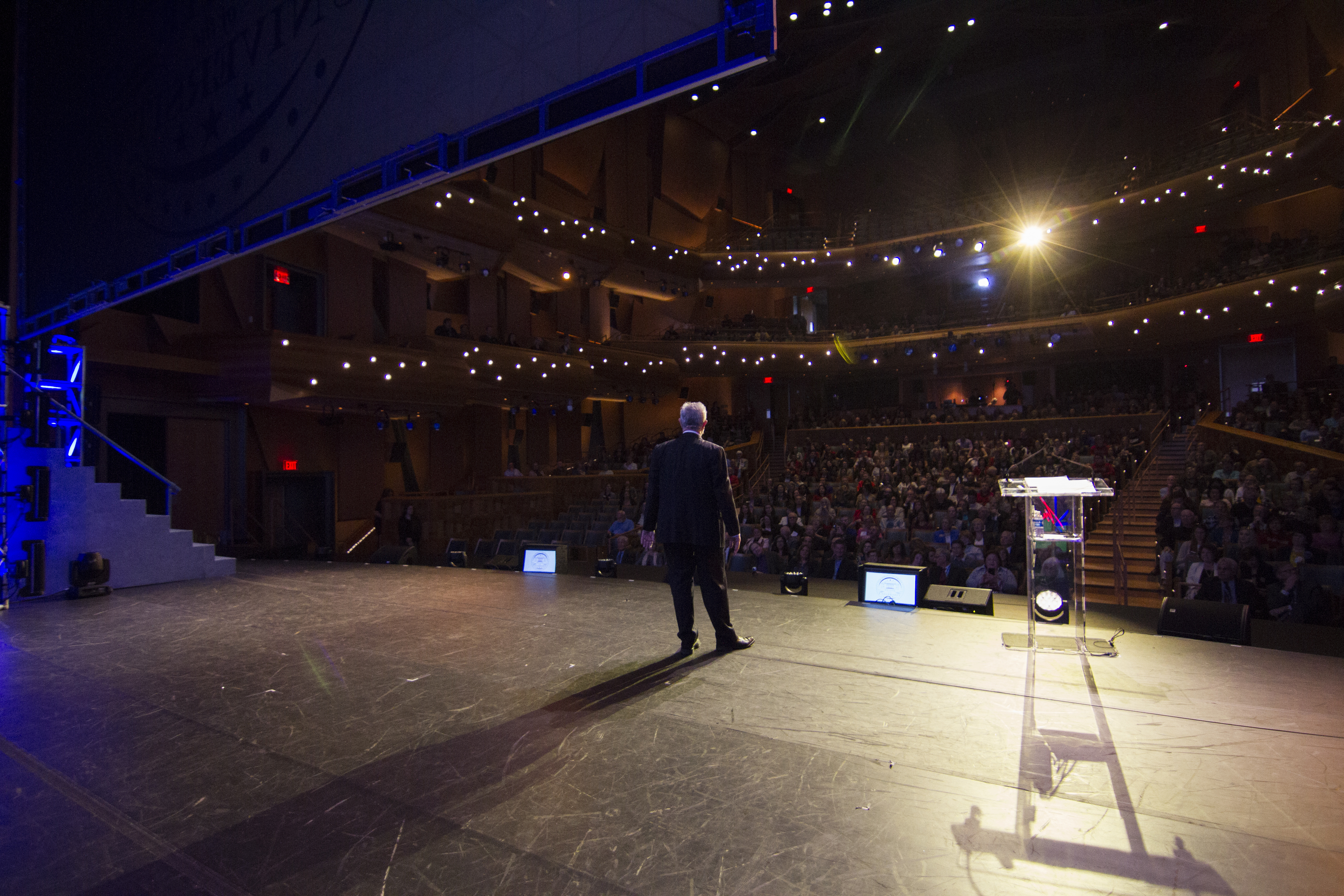 A major commitment to establish an engineering school and a drive to attract more first-generation college students were just a couple of the major announcements Chapman University President Daniele Struppa made in his 2017 State of the University address, delivered Friday, Feb. 24.

In his first State of the University, Struppa highlighted the year’s successes, new goals and major donations. Chief among them was a $45 million commitment made by Trustee Dale E. Fowler ’58 and his wife, Sarah Ann, which combines with their $55 million naming gift for Fowler School of Law. Struppa said the recent gift moves Chapman closer to realizing its dream of establishing a school of engineering in the new Center for Science and Technology.

“This is really a natural evolution of our success in the sciences. It provides tremendous connection with the industry around us. It allows us to attract students of very high quality,” he said in the annual address, the first to be held in Musco Center for the Arts. “And it’s actually filling an important workforce need for California. The number of students in California who applied for engineering programs far exceeds the number of available spots.”

Struppa said one reason for Chapman’s success has been its ability to connect its vision with focused planning.

“One of the things that makes me very proud about Chapman University, and I say this to everybody here and when I go around the country, is our ability to work strategic plans that are actually effective,” he said.

That quality will be a key factor as the University expands its effort to attract a new demographic of college students. Struppa acknowledged that while the United States’ population of prospective college students is flattening out, the numbers of first-generation college students are growing.

“That’s something we are very committed to. It meets with our inclusiveness and our desire to fulfill the promise of higher education for our students,” he said.

Toward that goal, The Chapman Experience Task Force has been formed to study and develop a variety of new long-range plans, he said.

“The idea is to look in a comprehensive way at what Chapman does and what makes Chapman such a special university,” he said.

Other accomplishments he noted:


Beyond the official remarks, Struppa also took a moment to praise the campus community for modeling civil discourse in the months following the 2016 presidential election.

“I have to say that I’m very proud of our own community,” he said. “There have been protests, but they’ve been peaceful and respectful. We had people with real strong opinions facing each other and being able to do so with mutual respect.”

The complete State of the University presentation may be viewed online at University’s
archived video page
.