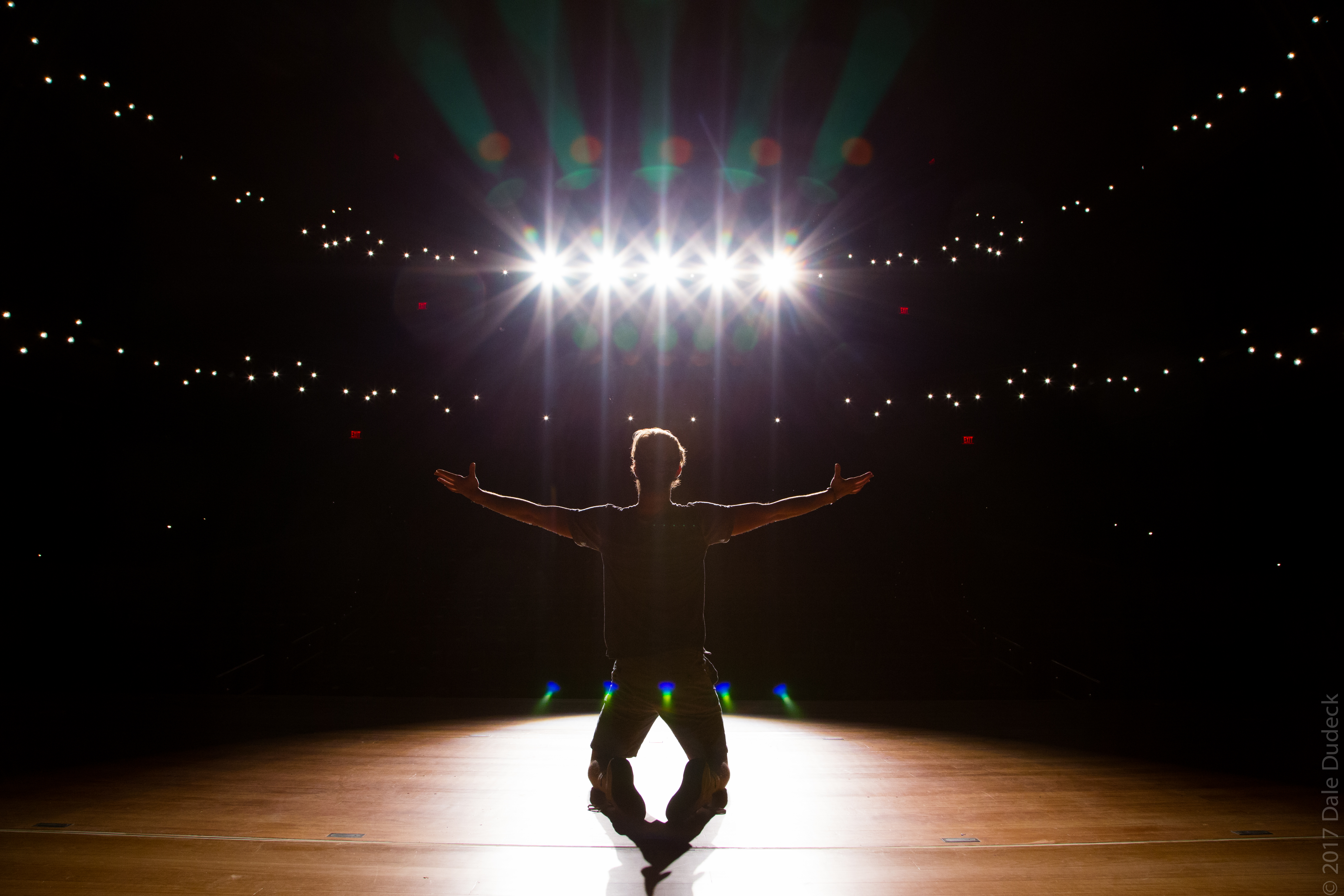 Of course, Pinball Wizard is his favorite number.

Never mind that it’s hard to keep a straight face as an absurdly-costumed cast prances around him while he compulsively plays a pinball machine. This is The Who’s Tommy, and if you’re Tommy you just have to love the iconic moment in the 1969 rock opera when that kid electrifies the stage with sizzling arcade skills.

“Pinball Wizard is the most fun thing I’ve ever done. I don’t even sing in that number. I just play pinball. I keep a blank expression the whole time. But it’s so hard because of the fun everyone’s having around me. And everyone in that number is really, really good,” says Jack Levis ’20.

But Levis is – oh, let’s just say it, already – something of a wizard himself. Although just a freshman, the screen acting major from Portland, Ore., landed the lead role in the first student musical staged by the College of Performing Arts at Chapman’s new Musco Center for the Arts.

“At a lot of schools, it doesn’t usually happen,” Levis says. “I feel like the thing that’s different from the other schools is that Chapman is willing to look at what you have to bring as a performer, rather than your class rank.”

In fact, the director didn’t know he was casting a freshman, says John Benitz, associate professor and chairman of the Department of Theatre

“He’s really a remarkable talent. He has it all, triple threat – can sing, dance and act. What’s neat is that, because our director, Oanh Nguyen, is a guest director, he doesn’t know who is a freshman or senior, BFA or BA – he simply cast the best performers for the parts,” Benitz says.

The production is the same high-tech, rollicking version originally staged at Anaheim’s
Chance Theater and remounted in 2011 at Segerstrom Center for the Arts. Even the costumes, stage design and lighting have been packed along for the production, says Nguyen, who also directed the previous shows.

“There’s not a moment in this play that doesn’t feel like a rock concert. It’s going to be fun,” the director says.

The only thing different is that the cast is all Chapman students. Nguyen considers their youth an ideal fit for the story of a young man searching to find his way.

“They can relate to a lot of the needs of young people in this story. If you look at someone like Sally, who’s desperate to leave her suburban life and be more than Daddy’s little girl, I think they can relate to that. There’s the need to find where they belong or fit, or feeling like they don’t fit in their world. I think they feel all that,” he says.

For Levis, who attends Chapman with support from talent and merit scholarships, the story of the musical is new.

“I love the music. But it’s written by a rock star, and he didn’t really write for story. But Oanh has done an excellent job of taking this and fine-tuning it into something that has a very detailed-oriented story,” Levis says.

Which summons this reminder — to those who recall the trippy 1975 movie Tommy, be forewarned – or grateful. The Tony-winning musical version of the rock opera is a different animal altogether.