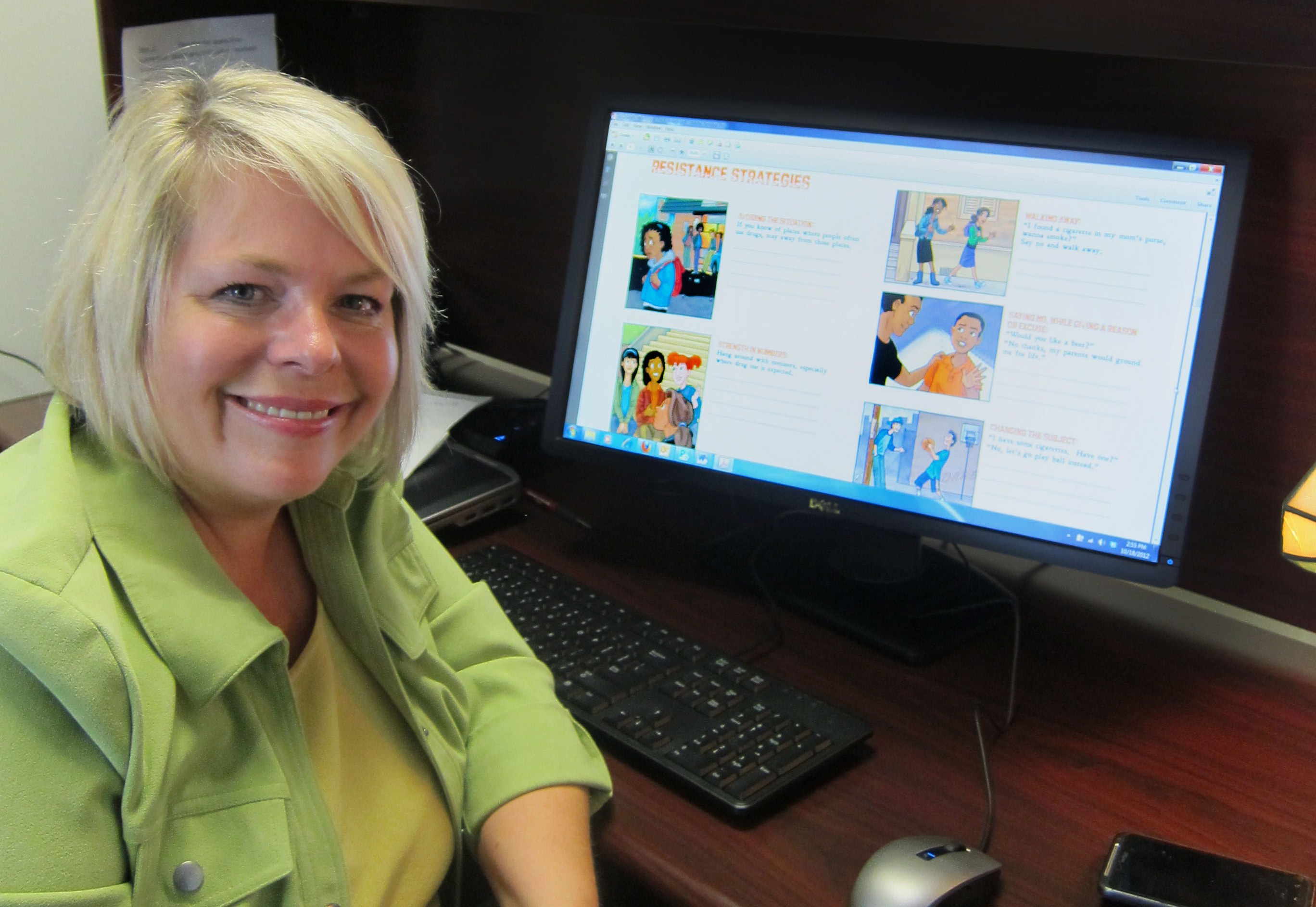 Professor Michelle Miller-Day with some of the interactive stories created for her drug abuse prevention curriculum, keepin' it REAL.
Health & BehaviorUncategorized

Miller-Day, a professor in the Department of Communication Studies, developed the program with Penn State professor Michael Hecht. The approach emphasizes the acronym REAL – Refuse, Explain, Avoid, Leave – and focuses on young people’s own narratives as a way to teach others how to decline to use alcohol and drugs.

“For us, it’s all about kids’ stories,” says Miller-Day, explaining that studies have proven lectures from authority figures such as police officers or teachers are ineffective. “Fear appeals don’t work,” she says.

After examining some 600 prevention programs, the Surgeon General’s office cites just 42 evidence-based prevention programs and policies that have been proven scientifically effective. In addition, keepin’ it REAL is one of three highlighted as the most effective school-based programs for adolescents ages 10-18.

Adopted by D.A.R.E. in 2012 to replace the “Just Say No” program that had been proven ineffective in studies, “keepin it REAL” is one of the most widely disseminated prevention efforts. The program uses student-developed videos and narratives, and seeks to heighten identification and engagement through role-playing and sharing.

Miller-Day notes that the first offers of alcohol, tobacco, marijuana or illegal drugs adolescents receive don’t typically come from an addict, dealer or even a much older person.

“It’s almost always someone you know, offering it in a social context,” she said. “He may not be a jerk. Maybe he’s the good-looking quarterback of the football team.”

Young people might fear refusing could subject them to ridicule, but Miller-Day said an explanation bolsters a refusal.

“Some other ways to avoid it would be like my red cup: I have ginger ale in it, but it looks like beer.

“This program offers different strategies for teens if they choose not to use.”