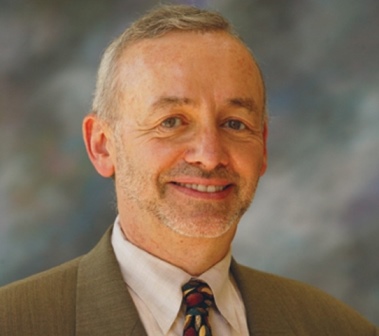 The Jewish Book Council has honored a law professor at Chapman University’s
Dale E. Fowler School of Law
with one of its highest honors. Professor Michael Bazyler’s book
Holocaust, Genocide, and the Law: A Quest for Justice in a Post-Holocaust World
, was selected by the council as the winner in the Holocaust category for the council’s annual National Jewish Book Awards.

“Professor Bazyler is internationally-known as a legal expert in the field of Holocaust studies. This book is the latest in a series of important contributions to this crucial area of study. We are thrilled that his well-deserving book received this high recognition and award from the Jewish Book Council,” said Matthew Parlow, dean of Fowler School of Law.

The award-winning book examines the background of the Holocaust and genocide through the prism of the law; the criminal and civil prosecution of the Nazis and their collaborators for Holocaust-era crimes; and contemporary attempts to criminally prosecute perpetrators for the crime of genocide. Together, these subjects establish a new legal discipline, which Bazyler labels “Post-Holocaust Law.”

Bazyler, who is also the University’s 1939 Society Law Scholar in Holocaust and Human Rights Studies, is a recognized expert on the use of American and European courts to redress genocide and other historical wrongs. He co-authored
Forgotten Trials of the Holocaust
(New York University Press) with Frank M. Tuerkheimer, which was reviewed in the
New York Review of Books
.

His book
Holocaust Justice: The Battle for Restitution in America’s Courts
(New York University Press) was cited by the U.S. Supreme Court and reviewed in the
Harvard Law Review
,
Washington Post, Los Angeles Times, Financial Times
(London), and
The Economist
.

In addition, he is a contributor of chapters to several books on genocide and the law, and the co-editor/author with Roger Alford of
Holocaust Restitution: Perspectives on the Litigation and Its Legacy
(New York University Press).

The award winners will be honored at a gala in March at the Center for Jewish History in Manhattan.
Dale E. Fowler School of Law Holocaust studies Jewish Book Council Michael Bazyler National Jewish Book Awards