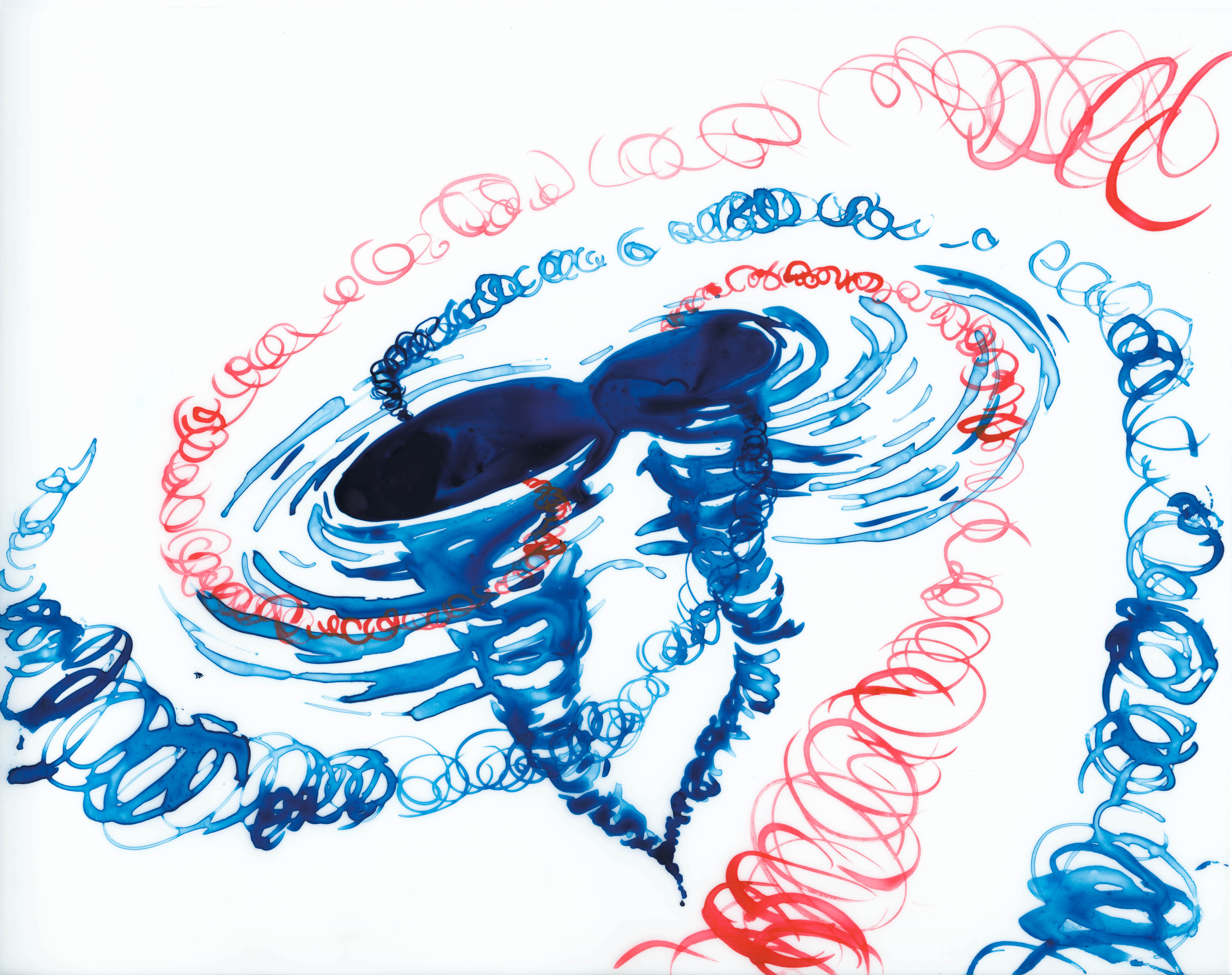 “You can present science in a bunch of ways” astrophysicist
Kip Thorne
, Ph.D. said during a talk at Chapman University’s Musco Center for the Arts on Thursday, May 12, as part of the
Bensussen Visiting Art Lecture Series
.

Part of a daylong visit to Chapman University, Thorne also spoke with Chapman art professor
Lia Halloran
‘s class before his evening lecture about his experiences collaborating with creative artists in different fields, all of them sharing his interest in conveying physics to a broader audience.

During his talk, he wowed the audience with simple explanations of Einstein’s theory of relativity and how it was applied to the 2014 blockbuster
Interstellar,
a movie he both inspired and served as the executive producer for. In addition to showing movie clips of the theory in action, he also shared some CGI simulations of going through a black hole, created by Oscar-winning visual effects specialist Paul Franklin and his team at Double Negative Ltd. in London specifically for
Interstellar
.

After 50 years of teaching theoretical physics at the California Institute of Technology (CalTech), researching Einstein’s theory of relativity and astrophysics and co-founding the
LIGO
project, now Thorne, who has been retired for seven years, dedicates himself to new projects. He’s worked extensively with Franklin and Oscar-winning composer Hans Zimmer on a live multimedia performance detailing the effects of the recent LIGO discovery of gravitational waves from colliding black holes. And he’s collaborating with Halloran on a joint book about “the warped side of the universe.”

“I have been focusing on and enjoying collaborations with artists, all trying to communicate various science ideas through art and music,” Thorne says.

For Halloran, a distinguished painter and assistant professor at Chapman, she was equally excited about the joint project. Meeting Thorne at a physics party eight years ago, they bonded over their love for astrophysics and the strange phenomena of time and space. Inspired by their talks, she drew a Dr. Seuss-like sketch of black holes, something Thorne continues to use for many of his own projects.

“It’s been a visual back and forth,” Halloran says, “Kip has contributed to the painting and I have to his writing.”

Speaking of writing, Thorne originally wrote prose to go along with Halloran’s paintings when he noticed that his style of short, punchy writing looked like poetry and decided to give it a try.

“I never imagined I would write poetry, except to my wife,” Thorne says, “It just came out naturally in response.”

Thorne read some of his poetry aloud to the audience, amazing everyone with his ability to transcribe complex scientific theories into succinct and powerful lines of verse. While Thorne was excited to rework his poetry over the summer, he notes that his first priority is finishing the equations for a 1,500-page textbook he will co-author about the nonlinear dynamics of curved space time that is to be published later this year.

“My goal is to have a good time,” Thorne says, “and to enjoy myself in my retirement.”


Featured image at top: Another painting from The Warped Side of the Universe by Halloran. This painting is an imaginative interpretation of when two black holes collide.