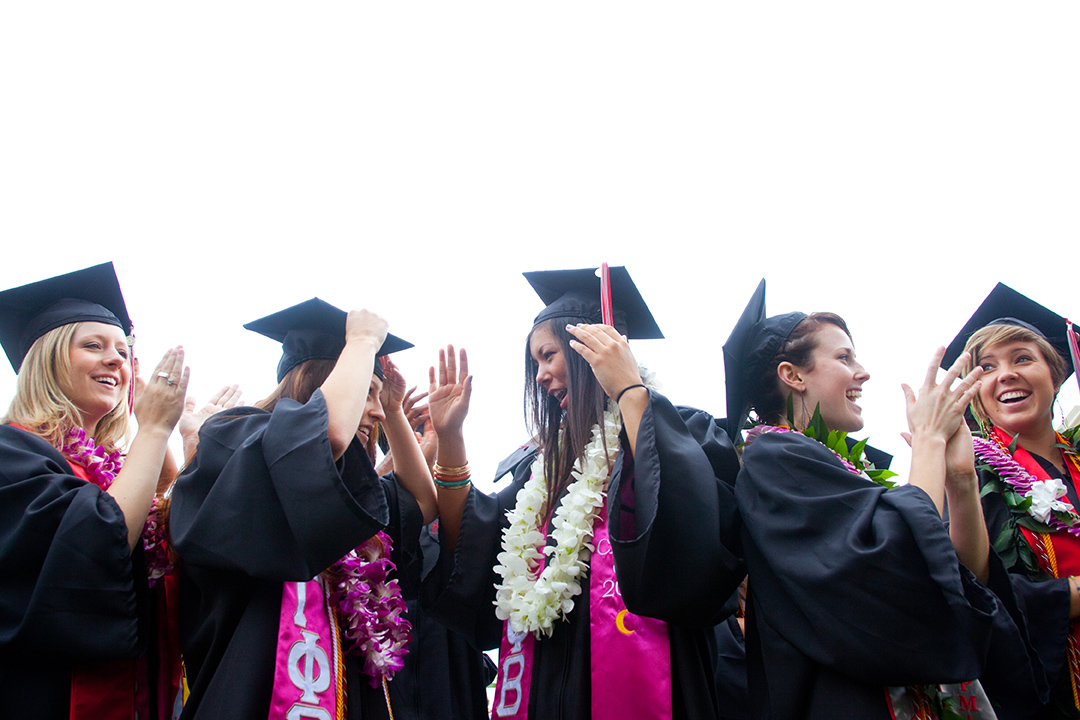 Chapman University will graduate 1,474 seniors and 612 graduate and law degree candidates during its 155th Commencement festivities May 20-22, 2016. The weekend will kick off on Friday, May 20  with the Baccalaureate Interfaith Worship Service at 4 p.m. in Musco Center for the Arts, featuring “American Idol” star
David Archuleta
as speaker and performer.  This will be followed by the Senior Convocation – the all-university academic ceremony honoring the achievements of the graduating class – at 7 p.m., then the President’s Toast to the Class of 2016 for seniors and their families, and a fireworks display.  Commencement ceremonies for the Dale E. Fowler School of Law will also take place on Friday.  Ceremonies for seven more Chapman schools and colleges will take place on Saturday and Sunday, on Wilson Field for six of them; and, for one — the College of Performing Arts — inside Musco Center for the Arts.

This year’s Commencement will mark the final ceremonies in which
Jim Doti
will participate as Chapman president, handing out diplomas and congratulating newly minted Chapman alumni.  He steps down in August after a remarkable 25 years at the Chapman helm, and will return to the Argyros School of Business and Economics faculty.  Current Chancellor
Daniele Struppa
will be inaugurated as Chapman’s new president in September.

Parking will be free on the Chapman campus and in adjacent Chapman parking structures throughout Commencement weekend.


GRADUATES OF CHAPMAN SCHOOLS/COLLEGES, BY THE NUMBERS:


TOTAL students who will receive diplomas: 2,086


Total: 97 (all are undergraduates)

Schmid College of Science and Technology

Argyros School of Business and Economics