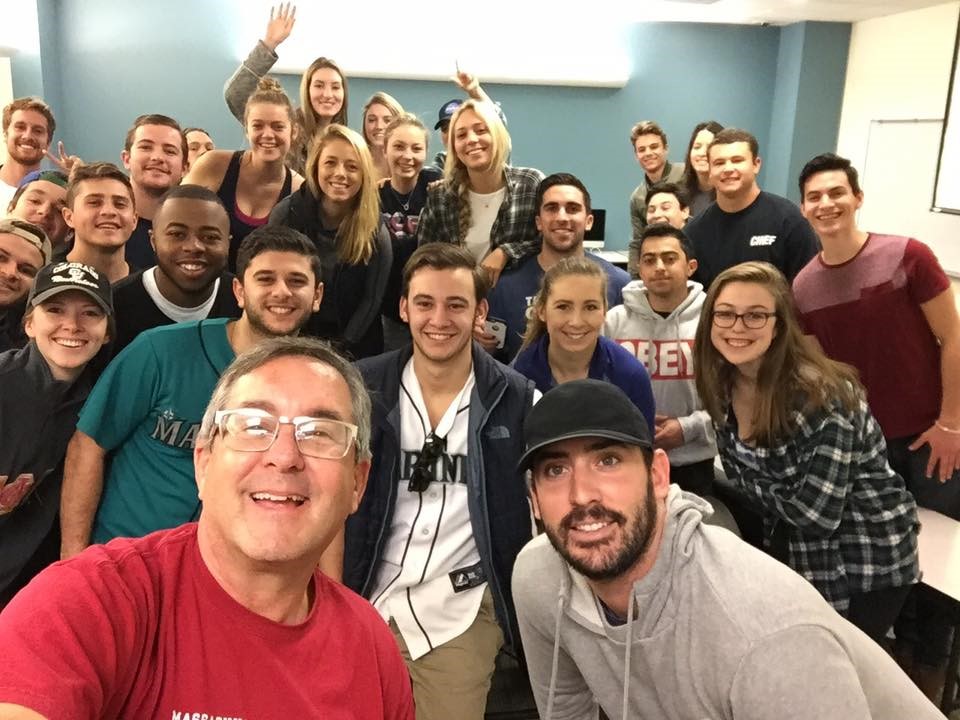 Students cover the field of sports journalism in interterm course

New York Mets pitcher Matt Harvey took the time out of his training schedule to visit a Chapman University sports journalism class on Wednesday, Jan. 20. His cheerful demeanor and excitement to share his career and experiences with students was met with eagerness and admiration.

Harvey was just of several special guest speakers who spoke to the class during the interterm course offered through the Department of English. Visitors included a variety of sports writers and editors, including Los Angeles Times staff writer Chris Foster, who described the sometimes complicated relationships reporters and journalists can have with athletes and coaches. Getting the chance to talk with Matt Harvey about his experience under the MLB microscope provided an even closer look.

Also among the guests was President Jim Doti, who talked about the decision to move Chapman into Division III sports.

Taught by former Los Angeles Times editor Gary Metzker, students in the class spent the January interterm immersed in game reporting, sports writing and attending Chapman’s Men’s and Women’s Basketball games. The final product for each student was the creation of a portfolio that included a column, feature story and game report.