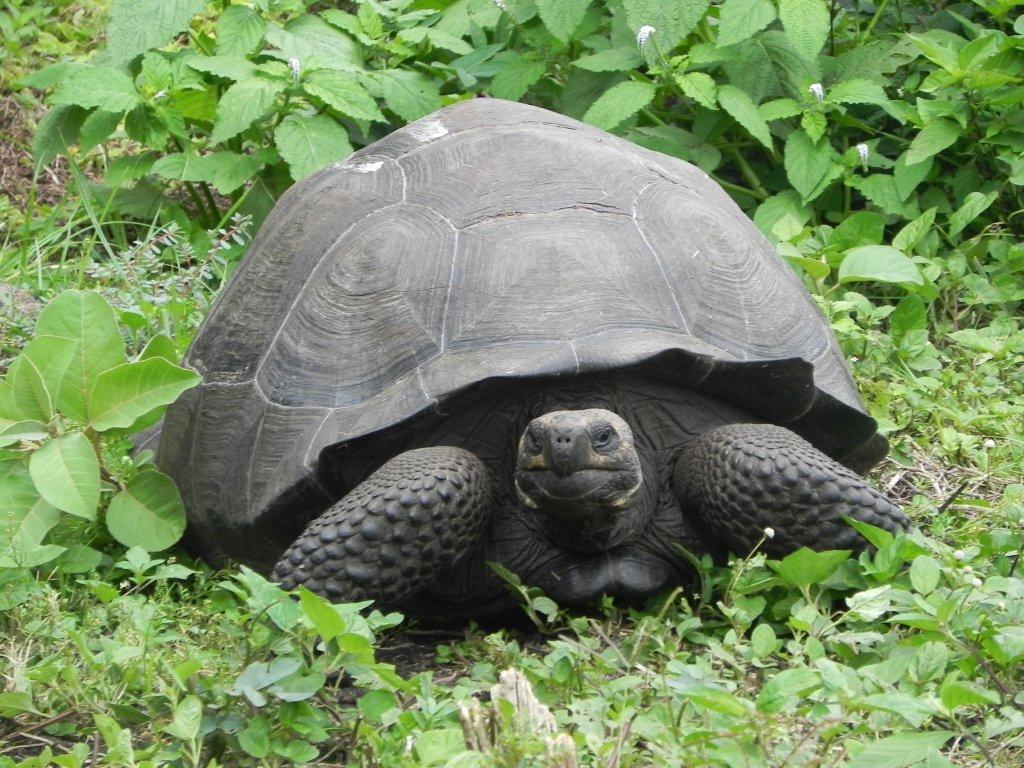 When a biologist gets to make room for a new species on a class syllabus, that’s big news. When the newly-identified animal happens to be a tortoise in the Galápagos Islands, where Charles Darwin himself found inspiration, that’s extraordinary news, says Fred Caporaso, Ph.D., professor in the Schmid College of Science and Technology.

“I’ve got the picture already. This is going to be great,” Caporaso says.

The photo (featured above) is one Caporaso took of the newly-named Chelonoidis donfaustoi tortoises during a previous trip to the remote island of Santa Cruz, where the species lives. Caporaso teaches an Interterm travel course in the Galápagos every January and has often worked with Don Fausto, the retired park ranger for whom the species is named.  Caporaso has already adjusted the itinerary of this January’s trip to make time for the class to travel to the tortoises’ remote habitat.

The discovery was announced just last week, but Caporaso says it had been somewhat expected. Scientists have long thought the tortoises might be a unique species. DNA research led by Yale scientists confirmed the hunch.

“They looked smaller than the big tortoises that you see on the other side of the island. They were darker in color. But also each one of their scutes (the bony plates that make up their shells) sort of comes to a little peak. The scutes are almost perfect. The animals just seem to be made with a cookie cutter,” Caporaso says.

The discovery is especially significant for the species’ future.

“What will happen because they’re a unique species is that there will be more funding available to study them and protect them,” Caporaso says.

To learn more about Interterm travel courses, as well as all the study-abroad opportunities available to Chapman University students, visit the Center for Global Education website.