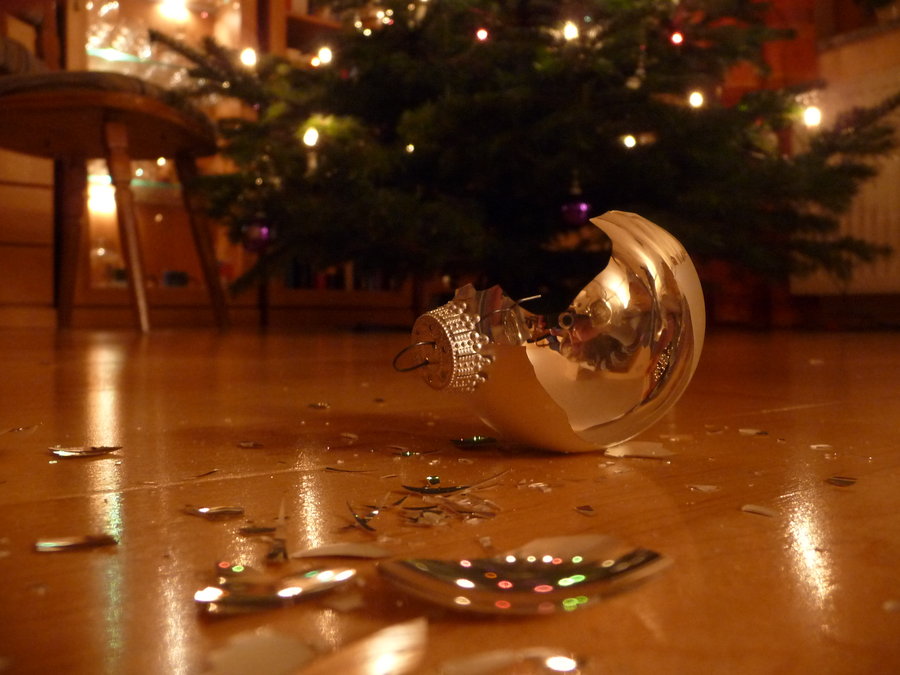 Experts offer advice for coping with family violence during the holidays

It’s the holiday season, and movies, TV shows and commercials – filled with holly-jolly parties, togetherness, contentment and cheer – would have us believe, as the popular song says, that it’s the most wonderful time of the year.  However, for many families, that’s just not reality, say experts at Chapman University.

“Stress and violence within families tend to increase during the holidays, due to a number of factors,” says Susan Jester, a licensed marriage and family therapist and associate director of Chapman’s  Frances Smith Center for Individual and Family Therapy.

“There’s the economic impact, of course. Many families tend to overspend during the holidays, which can cause tension. Then there’s the increased togetherness, which can bring out old rivalries, worries and resentments, and nudge people back into old, unhealthy patterns of behavior.  And there are often unrealistic expectations that the holidays will somehow make people more loving and thoughtful and make families magically happier.  Add in some ‘holiday cheer’ – that is, alcohol or drug use – and you have a potent recipe for disappointment.  And yes, sometimes violent situations can erupt,” Jester says.

Naveen Jonathan, Ph.D., clinical assistant professor of marriage and family therapy in Chapman’s Crean School of Health and Life Sciences and director of the
Frances Smith Center for Individual and Family Therapy
, agrees that “elements such as money problems, family issues and power and control can also play a part in increasing violence during the holiday season.”

He concurs that substance abuse often contributes to domestic tension and violent behavior.

“People may turn to alcohol and drugs as coping mechanisms for holiday stress, or it can be just the fact that with holiday events and gatherings, alcohol and substances are used more often,” he says.

According to Marisa Cianciarulo, director of the
Bette and Wylie Aitken Family Violence Clinic
run by Chapman University’s
Fowler School of Law
, immediate family members are often very aware of what’s happening in potentially violent situations, but other friends and extended family members may not be.

“Some victims, especially during the holidays, may attempt to cover things up – sometimes for the sake of the children, or a notion that ‘we’ll have a happy holiday no matter what.’ Sometimes it’s simply embarrassing for a victim to admit that violence is happening. So a lot of victims are reluctant to ask for help,” she says.

“And often the abuser is very stealthy,” says Cianciarulo, a specialist in clinical teaching and immigration law with a focus on human rights. “He tries, for example, to isolate his victims, making the woman give up all her old friends, or moving the family far away from their former community. Then, visits from friends or extended family members during the holidays can make the situation worse, as the abuser feels he’s losing control.”

“For an abuser, it’s usually all about that power and control,” she says.

How can members of the immediate family help to defuse stressful holiday situations?


Cianciarulo says studies show that it often takes a woman several tries to leave her abuser – and that the harsh reality is that a woman is at a statistically higher risk of injury or death if she tries to leave. “But that’s what makes it so critical to break away,” she explains. “Violence is cyclical, and that makes it all the more difficult to leave because there’s a ‘honeymoon phase’ where the abuser apologizes and tries to make up for things. It can be very tempting to believe him – because, after all, she loves him. And in many cases the woman is financially dependent on the man, which also makes it very hard to exit the relationship. But in almost all cases the violence will cycle back again, sometimes worse than before, because she dared to try to leave.”

Because of the abuser’s need for absolute control, says Cianciarulo, “you read these stories in the news about a father who killed the wife, children and himself. That’s a classic, and of course horribly tragic last grasp of the abuser at power over his family. It’s critical that families make exit plans and build support networks before it reaches that point.”

Every community has resources for family members who need to quickly leave and report a violent or potentially violent situation. In any imminently violent situation, the first resort should be to try to get out of harm’s way by whatever means necessary, and to call 911, say the experts. Police and emergency personnel can recommend next steps, which may involve a shelter or staying with other family members. Shelters for survivors of domestic violence can also advise and refer victims  to further help. And for those with low incomes, legal-assistance clinics – often associated with law schools – may offer low-cost or free legal advice on restraining orders, separations and how clients can move out and subsist on their own.

The Frances Smith Center for Individual and Family Therapy, established at Chapman University in 1965, is a training facility offering psychological treatment services to the local community. Under the auspices of Chapman University’s Marriage and Family Therapy (MFT) program, the Center operates as a nonprofit clinic for individuals, couples, families and children, providing high-quality, affordable mental health services to the local community and to provide an excellent training and research environment to MFT graduate students.  Fees are established according to a sliding scale.