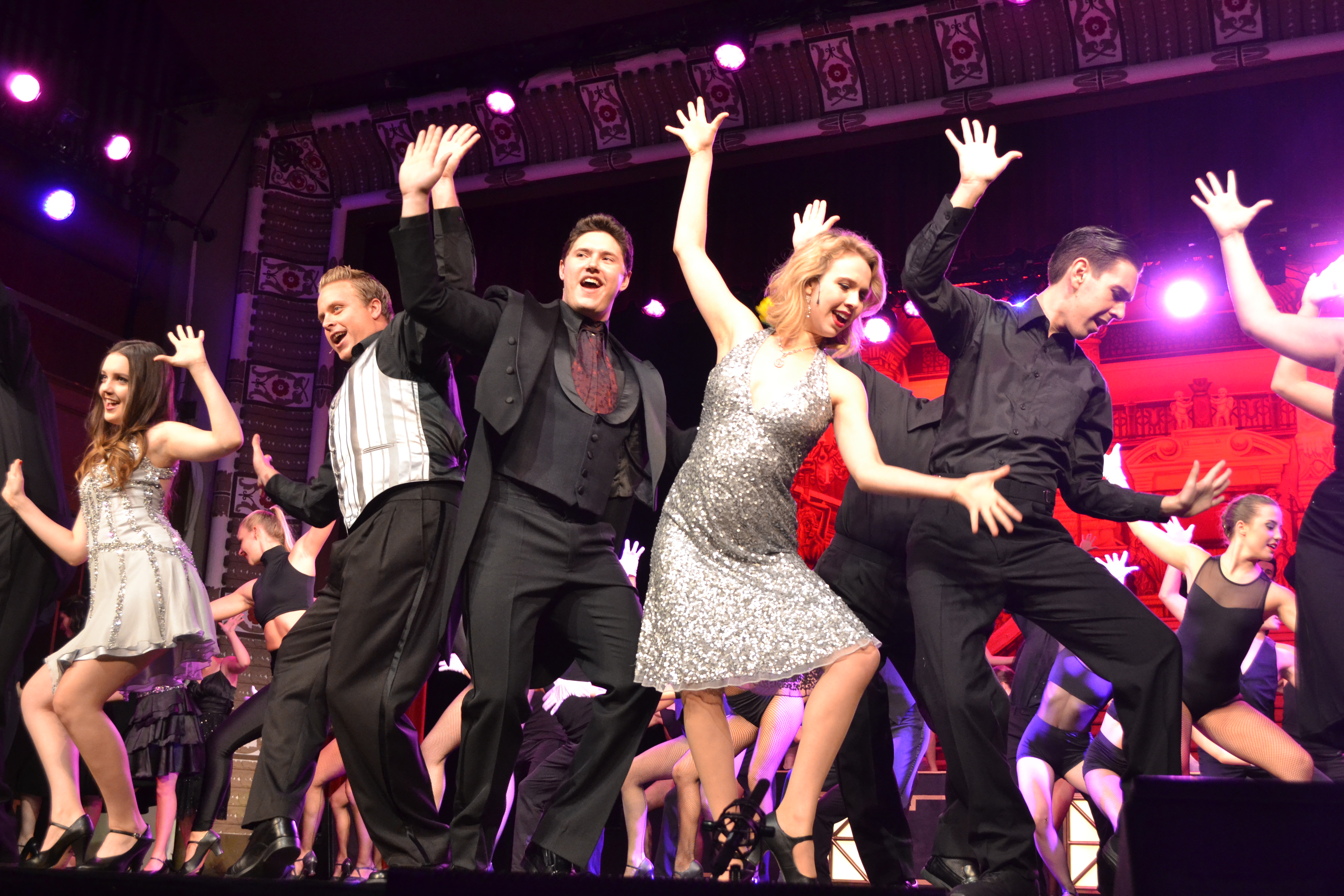 About 850 people attended the show and gala, chaired by Barbara and Mark Chapin Johnson ’05. As is tradition, attendees enjoyed a spectacular Broadway-style musical revue performed in Chapman Auditorium by students from the College of Performing Arts. Woven throughout the program were students’ heartfelt thanks, conveyed both in video montages and by several of the evening’s performers.

“I can truly speak for a lot of us performers up here, without your generous support and your donations we would not be standing here on this stage. So thank you very much,” said cast member Jordan Goodsell ’15, who has performed in American Celebration since his freshman year.

For their profound generosity to the University and the greater Orange County community, Bette and Wylie Aitken were presented with the Citizens of the Year Award. Film and stage star and Oscar nominee Annette Bening was presented with the Lifetime Achievement in the Arts Award.

Borrowing from the show’s theme of “Masquerade, Mystery, Wonderment,” Bening told the audience that she has reached a point in her career where she is trying to bring a sense of the beginner’s “wonder” to her work.

“This award will inspire me to do that,” Bening said. “We all have to work at maintaining our sense of wonder and our sense of curiosity about the world.”

Bening closed her remarks with “a little bit of Shakespeare,” reciting a portion of the balcony scene from Romeo and Juliet.