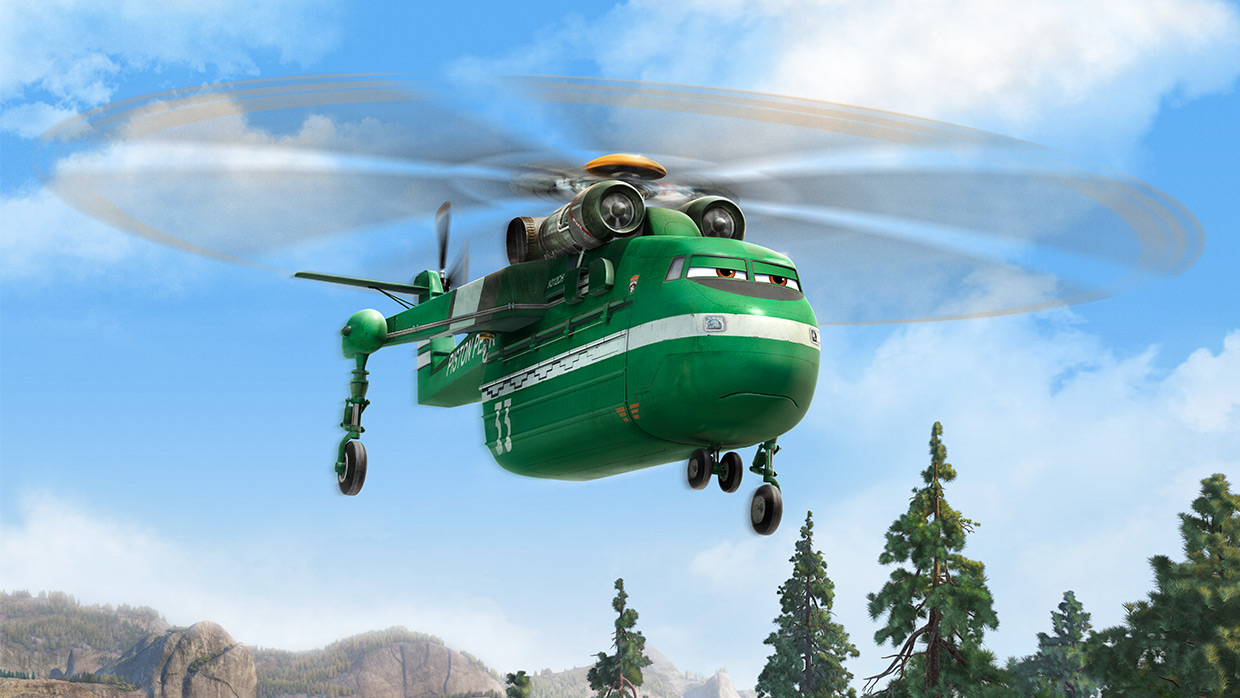 Disney’s ‘Planes: Fire & Rescue’ gets a cultural lift, thanks to Professor Apodaca

As wildfires heat up California, from Silverado Canyon in Orange County to Yosemite in the Sierra Nevada, a new film from Disney is entertaining movie fans with an animated depiction of the valiant smoke jumpers and air attack teams that fight such wilderness blazes. And helping to tell that story in Planes: Fire & Rescue was anthropologist Paul Apodaca, Ph.D., associate professor at Chapman University. 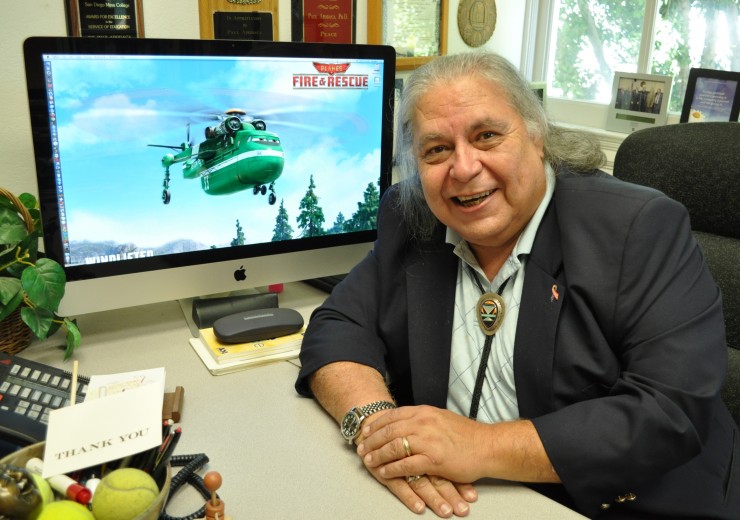 Apodaca helped shape one of the main characters in the film – Windlifter, a beefy heavy-lift helicopter who is portrayed as an American Indian and voiced by Wes Studi. Apodaca also created the decorative borders that wrap around Windlifter’s frame and assisted with a portion of the script in which Windlifter tells an American Indian folktale that recounts how Coyote was renewed by fire. Like many Native American folk heroes, Windlifter is tuned in to nature and is often the first to catch the whiff of fire.

“He knows how to pay attention to the sounds of the wind. He’s a very serious leader,” says Apodaca, an often-quoted expert on American Indians who teaches in the Department of Sociology
and has worked as an adviser to the Smithsonian Institution’s National Museum of the American Indian.

Film work is not new to Apodaca, who wrote and performed music for the Academy Award-winning documentary Broken Rainbow (1986). But this project was a particular delight because it combined Disney fun with a message Apodaca says most people don’t realize – firefighting is a longstanding American Indian tradition.

“Over 70,000 acres of national forests are protected by American Indians who are organized with the Department of the Interior office to interface with state and federal agencies to protect our natural history,” Apodaca says. “There was a real reason why I helped Disney pay tribute to this history by assisting with this film.”

Even the real Smokey Bear, that famous bear cub singed in a New Mexico forest fire, was discovered and rescued by a crew of Apache and Pima smoke jumpers.

“The fact that native people are still protecting their land as firefighters is a powerful tradition,” he says.

And Apodaca promises that movie fans escaping the September heat in the air-conditioned comfort of a movie theatre will have a blast watching Windlifter and his airborne companions save “Piston Peak National Park” from destruction.

“It’s a fun film,” he says, “with lots of exciting flying and firefighting sequences.”