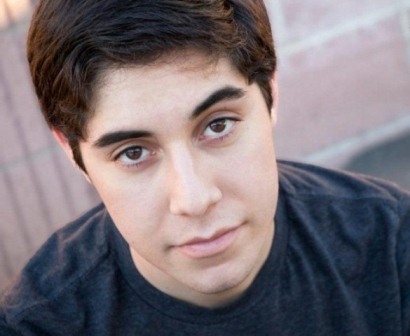 A theatrical production that started as a lark between two high school friends as they munched on burritos has won first place in a new musical discovery festival.
Mad World
, co-written by now Chapman University senior Cristian Guerrero ‘15, was the top winner of the Ball State University Discovery New Musical Theatre Festival held in July.


Mad World
is a fictionalized account of the days when Lewis Carroll was writing
Alice in Wonderland
. A
screen acting
major with a passion for musical theatre, Guerrero says the musical first was written during high school and has evolved to include 20 songs. Guerrero and Chandler Patton wrote the book, Guerrero and Steven Schmidt the lyrics and Schmidt the songs.

Guerrero says the idea was sparked when the high school friends were sitting in a Chipotle and joked that they should write a musical. But soon they decided to plunge into the process.

“I wish I could say there was some rhyme or reason to the way we approached the material, but there wasn’t. We just started throwing ideas out there,” he says. “It was very much an experiment.”

As the winner of the festival, the play will be developed for a full production at
Ball State
and become the university’s official 2015 entry into the Kennedy Center’s American College Theatre Festival.