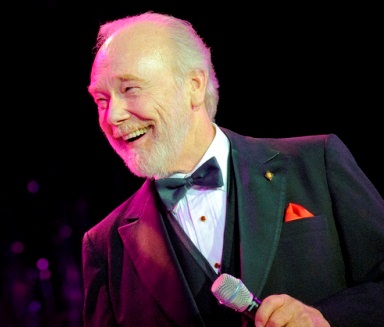 As the tipsy and near-sighted Wall Street banker in the national touring production of the classic musical
Anything Goes
, Chapman University alumnus Dennis Kelly ’67 says he is having the time of his life. His character is pickled most of the time and has lost his spectacles.

“So I’m basically blind-drunk,” Kelly says with a laugh. Kelly plays Elisha Whitney in the
Roundabout Theatre Company
touring production of the show famous for its zany comedy and unforgettable Cole Porter music. This month the role gets a little sweeter as
Anything Goes
arrives at the Segerstrom Center for the Arts and a run in Kelly’s home turf. Kelly says he looks forward to bringing the show to hometown audiences and making a campus visit while he’s in town.

“It will be a big homecoming in a lot of ways,” says Kelly, who grew up in Garden Grove, earned his degree from Chapman and got his theatrical start at the Birdcage Theatre at Knott’s Berry Farm.

Kelly has played leading roles on Broadway in
Into the Woods
,
Annie Get Your Gun
and
Damn Yankees
. Television appearances include
Law & Order
,
Darrow
,
The Dollmaker
,
Lady Blue
,
One Life to Live
and as a sketch artist in
Late Night with Conan O’Brien
.


Anything Goes
is the playful tale of hijinks, romance and blackmail that unfolds aboard an ocean liner bound from New York to London. The show won the 2011 Tony Award for Best Music Revival. Kelly says the show’s wit, splashy dance numbers and music, which includes some of the greatest pieces from the American songbook –
You’re the Top
and
I Get a Kick Out of You
among them – are just what audiences need at the moment.

“The show was written in 1934. I think the country needed escapist type of material during the Depression. It gave them something to take their minds off their worries for a couple of hours. And now we’re in that similar situation today with the recession just coming to an end, but there’s still a lot of tension. People come to this and there are just a lot of huge laughs,” he says. “People really let it out.”

The show runs Tuesday, Sept. 24, through Sunday, Sept. 29. For ticket information, visit the
Segerstrom Center for the Arts
website. 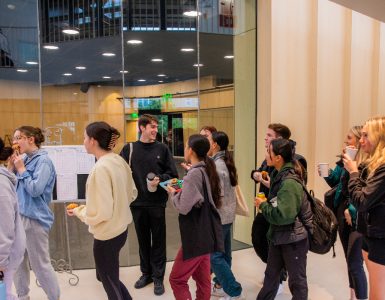