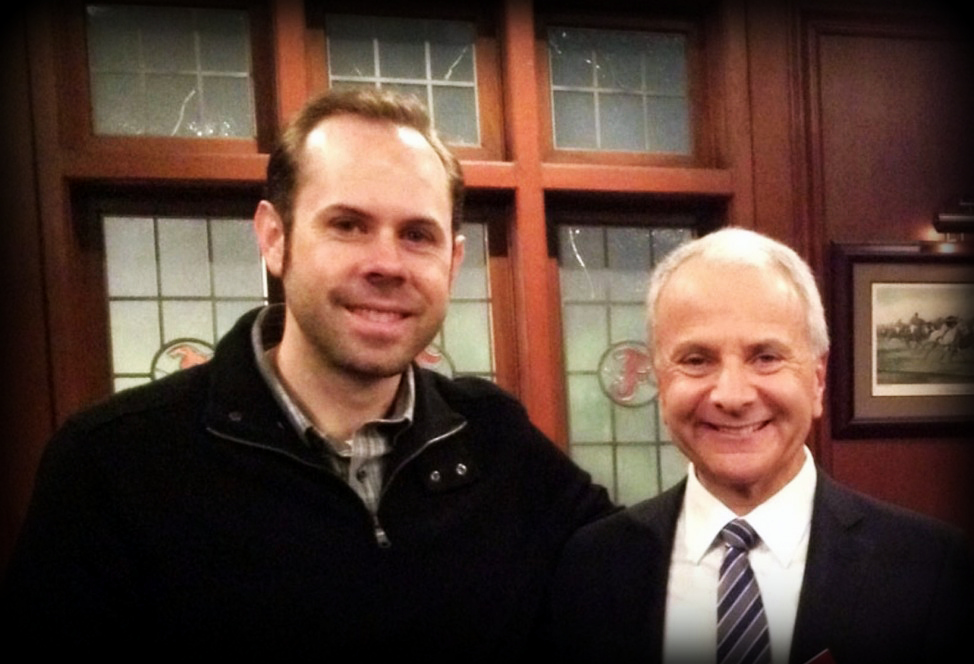 Casey Kasprzyk ’01, producer of "The Bold and the Beautiful," welcomes President Jim Doti to the set of the daytime drama.
Campus & Students

On ‘The Bold and the Beautiful,’ there’s a new Chapman University face to follow

It’s not often – in fact, we’re thinking this might be a once in a lifetime event — that the president of a major university gets a part on an Emmy-winning daytime drama. So be sure to set your TiVos to record the Tuesday, May 7, 12:30 p.m. broadcast of The Bold and the Beautiful and catch President Jim Doti’s appearance on the CBS program.

Doti filmed a guest role on B&B in March.  He was invited by show producer and proud Chapman University alumnus Casey Kasprzyk ’01 to do the speaking role. Kasprzyk started out at CBS with an internship opportunity through Chapman, and has been part of B&B’s three-time Emmy Award-winning production staff ever since.

Will the plot turn with Doti’s appearance? He’s mum on all counts. So be sure to tune in or tape the show and soak up all the dishy details.