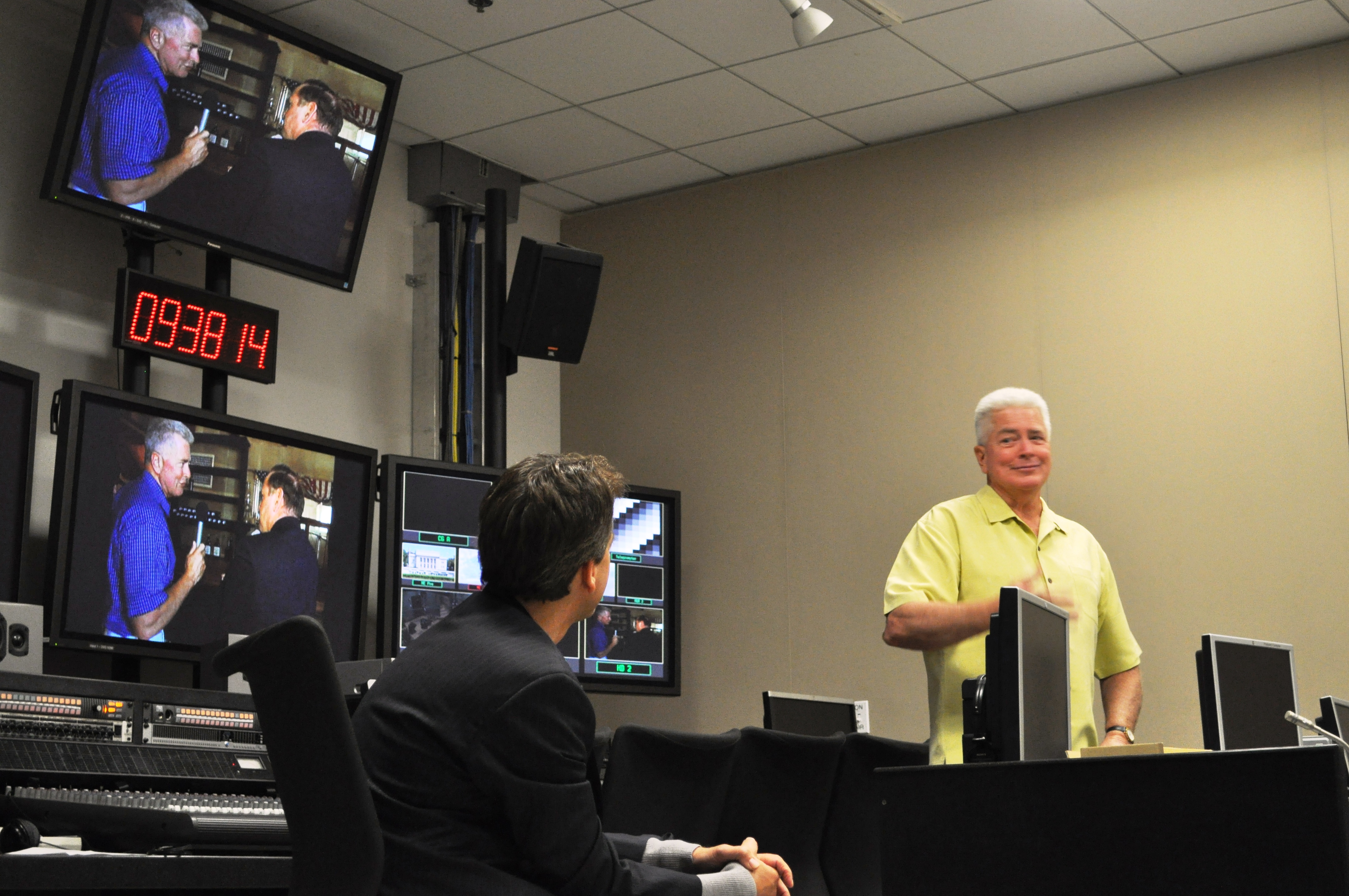 Chapman University joined with others across the Golden State in mourning the passing of California television icon Huell Howser, who died Sunday, Jan. 6, at age 67. In his final years, Howser donated his life’s work to Chapman, including an archive of all his “California’s Gold” TV episodes, which the university has digitized, according to his wishes, and placed online for free public viewing.

“Huell Howser was a beloved California icon, a true original and a truly good man,” said Chapman University President James L. Doti.  “It has been a real privilege in these past few years to become his friend and to share in his immense enthusiasm for life and for everything around him.  He loved California so very much, and above all he loved people: their life stories, their interests, their passions.  And, of course, people adored him with equal intensity.

“When Huell spoke on our campus in October 2011,” Doti recalled, “he packed Memorial Hall, and countless more people waited outside for him to come out, just for a chance to talk with him and tell him how much they loved him.  And he stayed out there, just chatting and signing autographs, and they stayed, until well after 11 p.m. that night.  It was, as Huell would say, amazing!”

To honor his life, the university is showcasing Huell Howser artifacts on the main floor of the Leatherby Libraries on the Chapman campus.  An alcove has been set aside for visitors to view video footage and remember this extraordinary yet ordinary man. (Directions and parking information: www.chapman.edu/discover/maps-directions).

Additionally, Chapman University is providing a digital memorial wall for fans and admirers to share their thoughts and memories.  The online memorial can be visited at www.HuellHowserArchives.com, and includes links to episodes of “California’s Gold,” which Howser worked with the university to make permanently available free of charge.

“It is an immense honor,” Doti said, “for the university to have been entrusted with Huell Howser’s life’s legacy, for our students to have had the chance to meet and hear and learn from him, and for Chapman to be able to offer the California’s Gold Scholarship through his generosity and foresight.   His passing leaves a California-sized hole in our hearts, but his legacy will always live on here at Chapman.”

Howser also recently donated to Chapman one of his houses – the “Volcano House,” a Midcentury Modern domed structure that sits atop an ancient cinder-cone volcano located deep in the Mohave Desert.  The subject of the cover story in the most recent issue of Chapman Magazine (http://issuu.com/chapmanu/docs/cmmag_winter12web/1), the house will be used as a base for study tours and projects by Chapman faculty and students of environmental science, astronomy, film and other disciplines.

In addition to his video legacy, Howser gave the university several other pieces of real estate and his personal art collection.  Much of that collection consists of “found object” art that he gathered during his travels throughout California.  The Huell Howser Art Collection will be displayed throughout the university; further information will be announced soon.

The university, President Doti added, had already planned to honor Howser by awarding him an honorary doctorate (Howser had previously received Chapman’s Presidential Medal in fall 2011).  The doctorate will be awarded posthumously at Chapman University’s commencement ceremonies in May 2013.