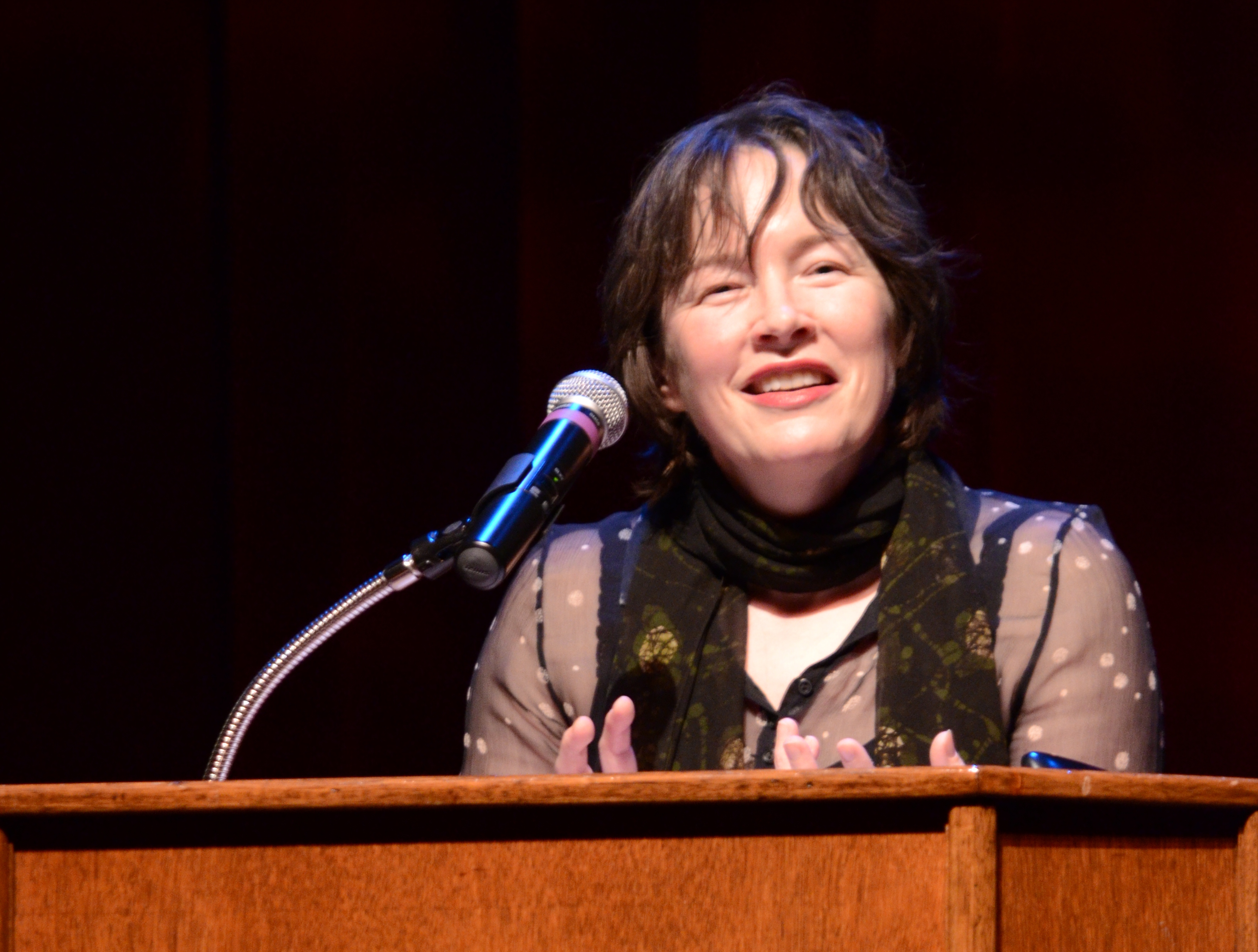 From fantasy writers who dressed in costume, to provocative political commentators, there was something for everyone at Chapman University’s inaugural Big Orange Book Festival, hosted on campus last week, Sept. 21 and 22.

Book lovers from throughout Southern California attended the festival, which offered a two-day schedule of acclaimed authors under the heading “from poetry to steampunk in two days,” capped off by the festival’s closing speaker, The Lovely Bones author Alice Sebold. The festival also showcased many local and budding writers who took advantage of open reading stages, while published faculty members and alumni from throughout the University led discussions about the craft of writing, poetry, creative non-fiction and the art of adapting novels to screen. And to celebrate the beloved novel To Kill a Mockingbird and the 50th anniversary of the film, Mary Badham, the actress who played Scout, gave a talk before a free screening of the movie in Memorial Hall.

All that variety was part of the plan.

“One of our goals for the festival was to create an event that would also be a forum for diverse points of view, something the University has long celebrated and valued. We think the Big Orange Book Festival greatly succeeded in doing that, and brought a new literary tradition to Orange County, as well,” said Mark Woodland, vice president of Chapman’s Department Strategic Marketing and Communication, which planned the festival.

Indeed, the festival showcased a diversity of viewpoints. Among the keynote authors were pundits from both ends of the political spectrum, each with an audience that extended well beyond their campus audiences. On Friday afternoon conservative radio personality and author Mark Levin spoke to a packed Memorial Hall, where President Jim Doti presented him with a Presidential Medal. After the talk, Levin fans rushed to Facebook to proclaim: “You are so right!!!!”

Then on Saturday afternoon another Facebook conversation heated up as The Daily Show creator and author Lizz Winstead regaled fans with nervy tales about her personal life and comedy writing. Within minutes the University’s Facebook page popped with reactions. “Repugnant,” said one audience member. Another writer zinged back, “Awesome!”

While other presentations didn’t stir up the same kind of social media flutter, the power of storytelling and the written word were still at the forefront of the talks happening all over campus. Award-winning novelist Sapphire, whose book Push inspired the film Precious, acknowledged that her topics of child abuse and rape are not easy reading, but that she isn’t about to shy away from stories that must be told.

The contemporary problem of female murders in Mexico was chronicled by Rafael Luevano, associate professor in the Department of Religious Studies and the author of Woman-Killing in Juarez. His book is an exploration of the cultural, spiritual and political issues giving rise to the ongoing deaths of Mexican women caught in the fray of the drug wars.

“Something is going (on) down there that is incredible. We don’t want to watch it, but it is so massive,” Luevano said. “There is simply a license to kill women in Juarez. If you kill a woman, there generally will not be an investigation.”

There were lighter moments, too. Winstead’s audience delighted in her stories of mashing up journalistic style with comedic snark.

“It’s a very weird breed that can write for these kinds of shows. You have to be a voracious gobbler of history and politics. That just has to be in your DNA. Then you have to be wildly funny. And you have to be a great writer. And you have to take all of that and write for the entity that is the show – not in your voice, but in the voice of the show. So it’s hard to find anyone who can do all that,” she said. “Plus, you also tend to find weirdos – people who say, ‘I have a collection of local news theme songs.’”

In her talk about her childhood experience starring in To Kill a Mockingbird, Badham revealed that she was the cause of many a retake because she had learned everyone’s lines and often mouthed their lines as they spoke.

And Alice Sebold drew laughs and applause when she recounted the pile of rejections she received for what would ultimately become a bestselling book.

“I had plenty of people say about The Lovely Bones, ‘This is beautifully written, but it will never sell,’” Sebold said. Then she leaned into the microphone and intoned, “Ha, ha, ha, ha, ha.”