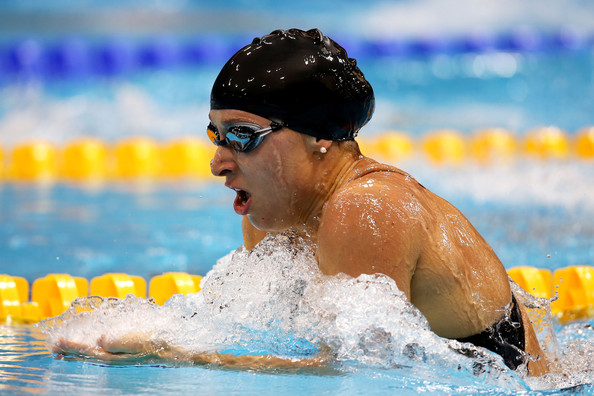 Kukors ’12 advances to finals in London; log on and watch live streaming

If you have big lunch plans Tuesday, July 31, you might want to change them and cheer on one of Chapman’s own Team USA Olympians.

Chapman University alumna Ariana Kukors ’12 advanced to the the finals round for the women’s 200-meter individual medley today in London.  Now she’ll swim in the finals, scheduled for 12:39 p.m. Tuesday. Live streaming of the races can be seen using your regular cable access log-on at http://www.nbcolympics.com/liveextra/.

Kukors is the world-record holder in the 200-meter individual medley but is making her first trip to the Olympics. She said she’s leaning on Olympic veterans and Chapman friends Kate Ziegler ’13 and Katie Hoff ’14 for encouragement and support. Read more about Chapman Olympians in Happenings.