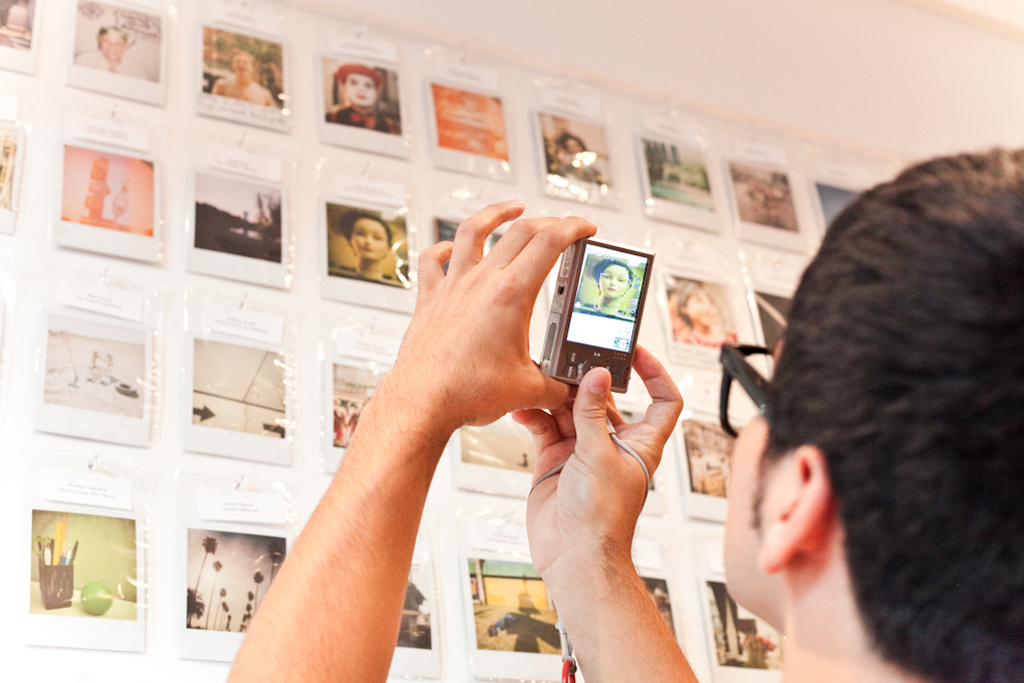 A gallery-goer snaps a photo of a Polaroid picture on display on at ISM’s ‘Instant Gratification’ exhibit, one of many art exhibitions produced by Kevin Staniec ’01.
Arts & Film

How does a Chapman alumnus celebrate 10 years of creativity? Creatively, of course

Kevin Staniec ’01 has been a busy man. He graduated with a film degree from Dodge College of Film and Media Arts, but he’s been known in roles as diverse as publisher, writer, arts advocate and, perhaps most impressively, co-founder of the art collective ISM, a nonprofit coalition of “collaborative creativity,” now in its 10th year.

“Collaboration has become a huge part of my life since launching ISM in 2002 and I believe it is rooted from my experience at Chapman,” Staniec said.

To celebrate this decade of do-it-yourself innovation, Staniec is producing a free exhibition at the Grand Central Art Center in Santa Ana, opening Saturday, July 7, at 7 p.m. The exhibition celebrates the history and inspiration of ISM with three new community-sourced art projects.

Before the rise of blogs and the Internet, Staniec noticed a lack of personal expression outlets, so he created a magazine called ISM, which he originally named Solipsism, as a springboard for writers and artists who were “creatively homeless” and lacked a place to focus their efforts.

“There are so many great writers and photographers and artists out there and they don’t have a home,” said Staniec. He intended to give them just that in the form of a free publication that could be distributed in coffee shops, concerts and other locations. The project evolved and grew to include the production of art experiments and free public programs and the publishing of art and project books.

Now this self-starter attitude is celebrated within the three projects planned at the upcoming exhibition in Santa Ana. The first, the uniquely penned “____ism,” challenges artists to define an ‘ism’ in their life, such as ‘humanism’ or ‘idealism,’ through a medium of their choosing. “Focus” is a photography project that asks artists to take pictures of cameras, putting a twist on traditional photography by making the instrument the subject. “Cheers” invites artists to use restaurant and bar coasters as canvases. ISM hopes these projects will spur discussion and allow viewers to find inspiration for their own endeavors.