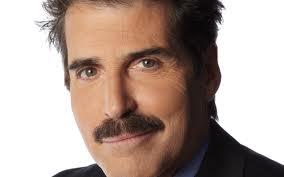 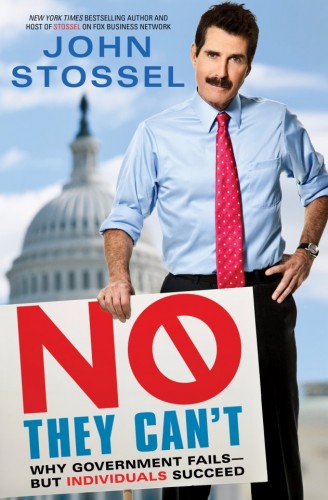 Superstar Fox News commentator, investigative reporter and 19-time Emmy Award winner
John Stossel
will present a free talk and discuss his new book,
No, They Can’t: Why Government Fails and Individuals Succeed
, at Chapman University on Monday, April 23, at 7:30 p.m.

The talk, which is open to the public, will take place in Memorial Hall, and a book-signing will follow. Books will be available for sale in the lobby.

In his new book, to be released April 10, the
New York Times
bestselling author insists that readers discard their ideas of the “perfect” government, and retrain their brains to look only at the facts.  The book urges people to re-think their lives as independent individuals — and fast.

The book’s promotional materials state, “With his characteristic tenacity, Stossel outlines and exposes the fallacies and facts of the most pressing issues of today’s social and political climate—and shows how our intuitions about them are, frankly, wrong.  He covers such topics as the unreliable marriage between big business, the media, and unions; the myth of tax breaks; why ‘central planners’ never create more jobs and how government never really will; why free trade works—without government interference; federal regulations and the trouble they create for consumers; the harm caused to the disabled by government protection of the disabled; the problems (social and economic) generated by minimum-wage laws; the destructive daydreams of ‘health insurance for everyone;’ ‘bad food’ vs. ‘good food’ and the government’s intrusive, unwelcome nanny sensibilities; the dumbing down of public education and teachers’ unions; and how gun control actually increases crime.”

Prior to joining FBN, Stossel co-anchored ABC’s prime time news magazine show “20/20.”  There he contributed in-depth special reports and recurring segments on a variety of consumer topics, from pop culture to government and business.

Stossel’s economic programs have been adapted into teaching kits by his non-profit organization, Stossel in the Classroom, and are seen by more than 12 million students every year.

Stossel has received 19 Emmy Awards and been honored five times for excellence in consumer reporting by the National Press Club. Other honors include the George Polk Award for Outstanding Local Reporting and the George Foster Peabody Award.  The
Dallas Morning News
named him the “the most consistently thought-provoking TV reporter of our time” and the
Orlando Sentinel
said he “has the gift for entertaining while saying something profound.”  Earlier in his career, Stossel served as consumer editor at “Good Morning America” and as a reporter at WCBS-TV in New York City. His first job in journalism was as a researcher for KGW-TV (NBC) in Portland, Ore. He is a graduate of Princeton University, with a B.A. in psychology.