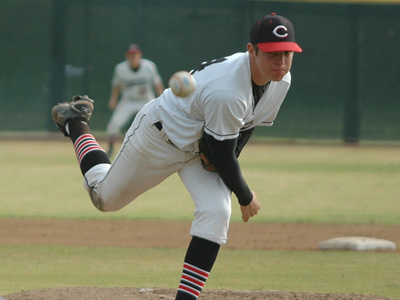 With 13 strikeouts against Pomona-Pitzer last month, Rauh became Chapman’s all-time strikeouts leader, now with 302 in his 2 1/2 year career. Against the Sagehens, the Lake Forest, Calif. native pitched nine innings while allowing just two unearned runs and three walks in a no decision, his third nine-inning no decision of the season. Rauh currently ranks third in NCAA Division III in strikeouts and is 3-1 this season with a 1.45 ERA in 56 innings of work. He is a two-time All-Region, All-American and West Region Pitcher of the Year and as a freshman in 2010 was selected as the National Collegiate Baseball Writers Association (NCBWA) Division III Pitcher of the Year.

Box scores and full game coverage of the season, visit the Athletics website.