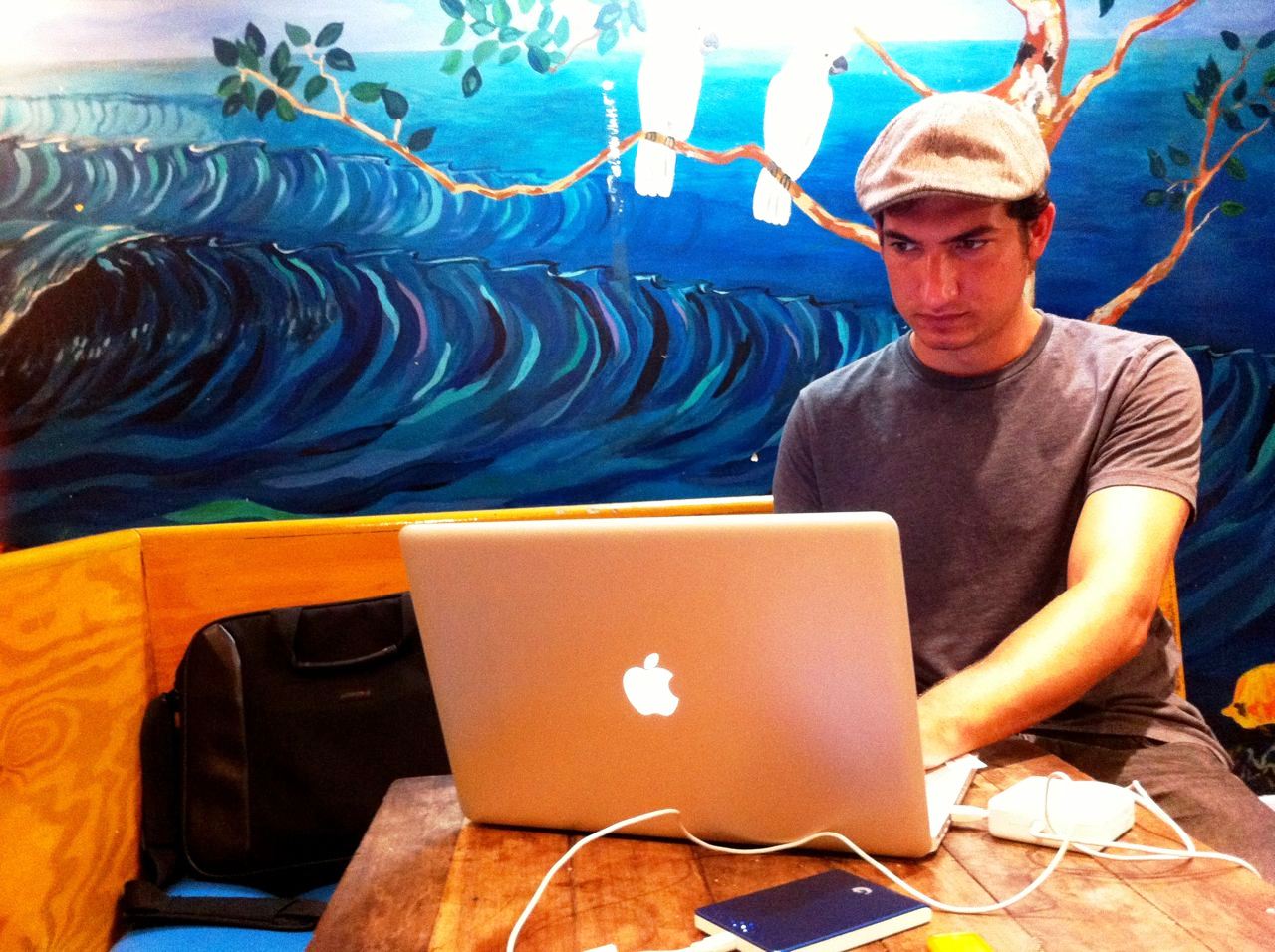 “I never thought I would be up at 4 in the morning, sitting in my pajamas at the kitchen table, hours past exhaustion, working on a William Shatner music video,” said Daniel Bury ’11.

But there he was on his trusty laptop, manipulating the mouth of Capt. Kirk himself, helping to make the iconic 81-year-old actor as close to a hip rock balladeer as is humanly – and digitally – possible.

For Shatner, the album of pop cover songs called Seeking Major Tom is another interesting twist in an eclectic career that now includes a turn on Broadway. His first pop album was released in 1968, more than 20 years before Bury was born. And a year ago, the Chapman film production and directing graduate had no idea he would be helping to promote the new album, which features musical contributions from Sheryl Crow, Brad Paisley and Lyle Lovett.

Bury got the gig after posting a link to some of his film and video work on Craigslist. Shatner’s video director saw it and asked him to join the graphic design team. It wasn’t long before Bury became the lead designer for the video.

Though he has yet to talk with Shatner, Bury heard from the director that the actor really liked his work.

After the intense hours spent on the project, Bury has refocused on promoting the short films he created at Chapman.  The Science of Death recently won Best Narrative Short at the Festivus Film Festival in Denver and was accepted into the Fantastic Planet Film Festival in Sydney, Australia.

But working on Shatner’s video was certainly quite an escape from reality.