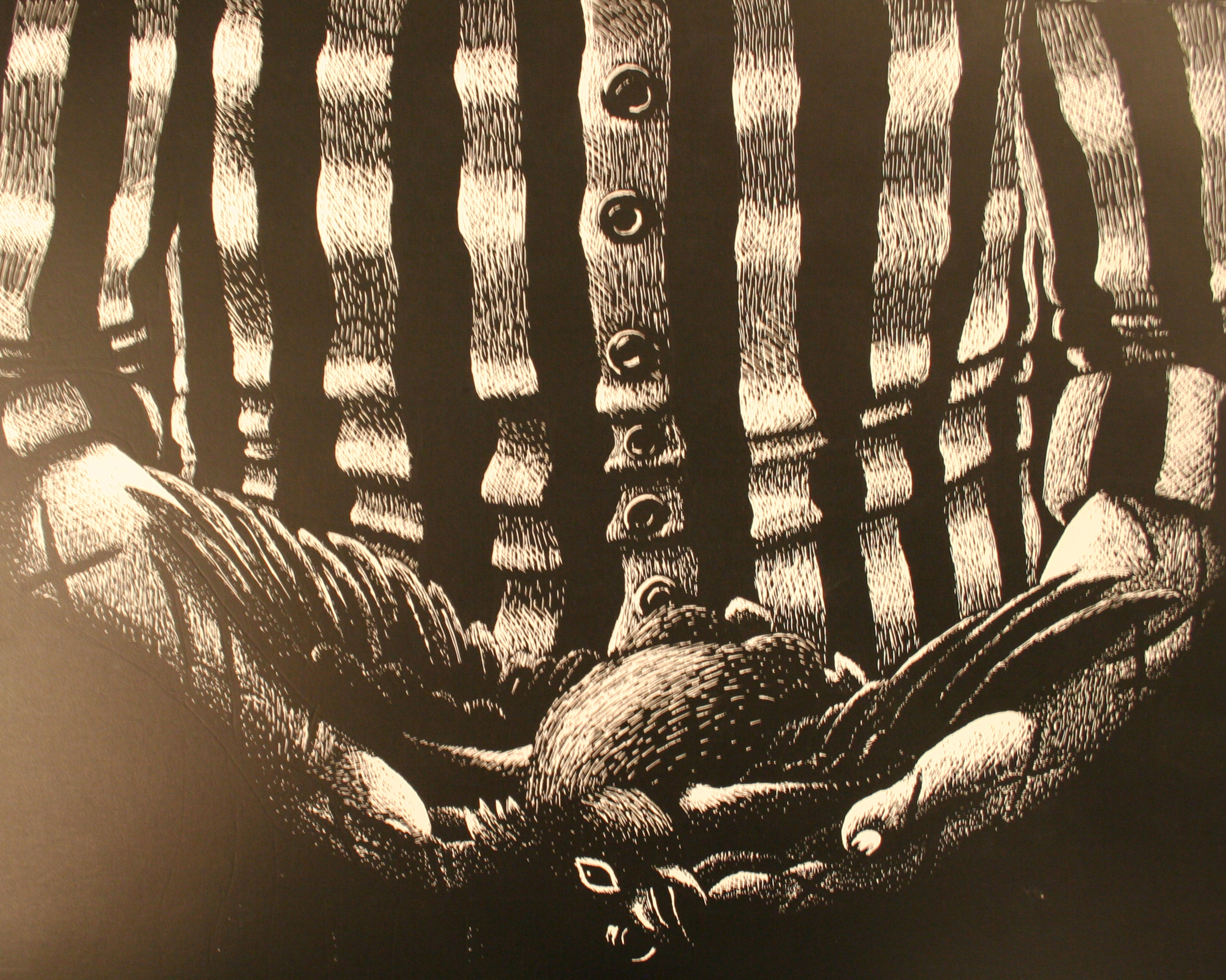 Yorba Linda eighth grader Connor Clancy didn’t know the woman who came up to his lunch table last week during the reception for the annual Holocaust Art & Writing Contest. She smiled, said hello, turned to page 38 of Connor’s copy of
Holocaust Survivors: The Indestructible Spirit
and moved on. Opening his book, Connor learned that the woman was Marie Kaufman and she had signed the page that described the “conspiracy of kindness” by French villagers that saved her family from deportation to the Nazi death camps.

“I’m going to cherish this,” he said. “It makes you feel like if you remember it will not repeat.”

That lesson underscores everything about the annual art and writing contest held by Chapman University’s Rodgers Center for Holocaust Education. Now in its 13
th
year, the contest invites high school and middle school students to view online interviews and videos of Holocaust survivors and witnesses and to then respond creatively with an essay, poem or artwork. Cash prizes are awarded for first and second place. First place winners and their parent or chaperon also win a trip to Washington, D.C., to visit the United States Holocaust Memorial Museum and other sites.

This year’s contest, with the theme “Memories Matter,” was the largest ever, with more than 140 public, private and parochial schools participating, including one from Santiago, Chile. Hundreds of those students and their teachers filled Memorial Hall Friday morning for the awards ceremony, highlighted by keynote speaker, Esther Safran Foer, director of the
Sixth and I Historic Synagogue
in Washington, D.C., and daughter of Holocaust survivors.

The contest is generously supported by the Samueli Foundation, The “1939” Club, Dana and Yossie Hollander and Publications International. More information about the contest is available at the
contest website
.
Holocaust studies Rodgers Center Holocaust Art and Writing Contest