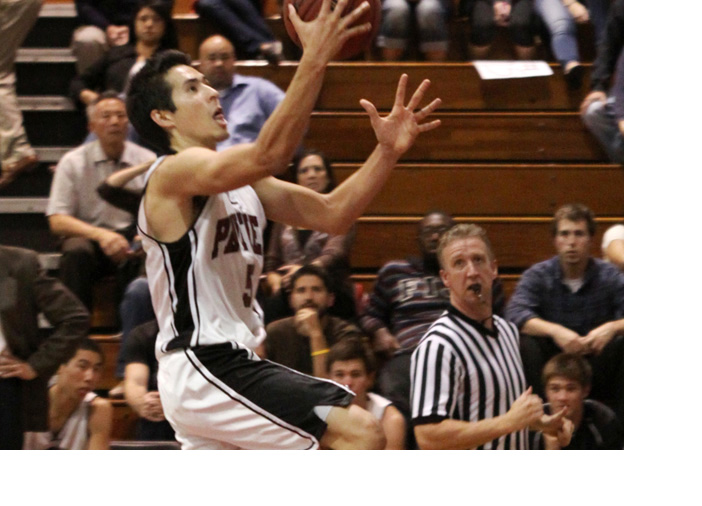 The men’s basketball game came right down to the wire Saturday night in a match up that saw Chapman senior Brandon Lin attempting a dramatic last-minute rally before La Sierra edged Chapman, 80-77. But the Panthers will return with their high-energy style of play in their final homestand of the season Wednesday, Feb. 15, when they host Pacifica College during Chapman’s Crossover Week.


Crossover Week
begins Tuesday, Feb. 14, and is a celebration of when the winter and spring seasons collide. Chapman is celebrating with a full week of NCAA events, Panther Pride and giveaways.

Saturday night’s defeat at Hutton Center marked the first loss for the Panthers against La Sierra after 30 consecutive wins. Chapman also had its five-game home winning streak snapped by the upset.

With the Chapman (15-7) ahead 77-75, a decisive three-point shot from La Sierra junior
Ben Shaw
shifted the momentum to the Golden Eagles with 39 seconds left in the game and gave La Sierra its first lead since the 17:18 mark in the second half. Shaw sealed the deal with a jumper two seconds later to put the Eagles up by the winning margin 80-77.