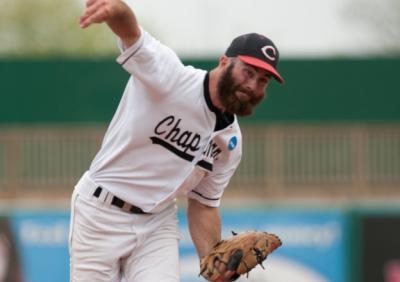 It may be better to be lucky than good, but in the case of the Chapman University baseball team there’s no doubt the “good” has outweighed the luck, despite what a modest Tom Tereschuk says.

When asked why his teams have consistently been able to perform at their highest level when the stakes are the greatest (i.e. winning six regional championships in seven years and three top-three national finishes in his first nine seasons), Tereschuk credits…wait for it…luck.

“I honestly don’t know. Luck, I guess,” says the skipper of one of the most successful Division III programs over the past decade. Once or twice? That may be a tad lucky. But seven West Region titles in nine years? If that’s just good fortune then Tereschuk has won the lottery.

“When we get to the postseason, that’s the time to enjoy it, have fun and play with confidence,” says Tereschuk who at 319-103 (.756) is the winningest coach in Chapman baseball history. “I try not to make it any bigger than what they’ve been doing all season long.”