Dean Baldwin was a Peace Corps volunteer from 1966-1968, serving in Lalupon, Nigeria, where among her many tasks she converted the town jail into the town library.

During the celebrations in Washington, D.C., Dean Baldwin reunited with fellow volunteers from her group, as well as Nigerians they knew and taught during the 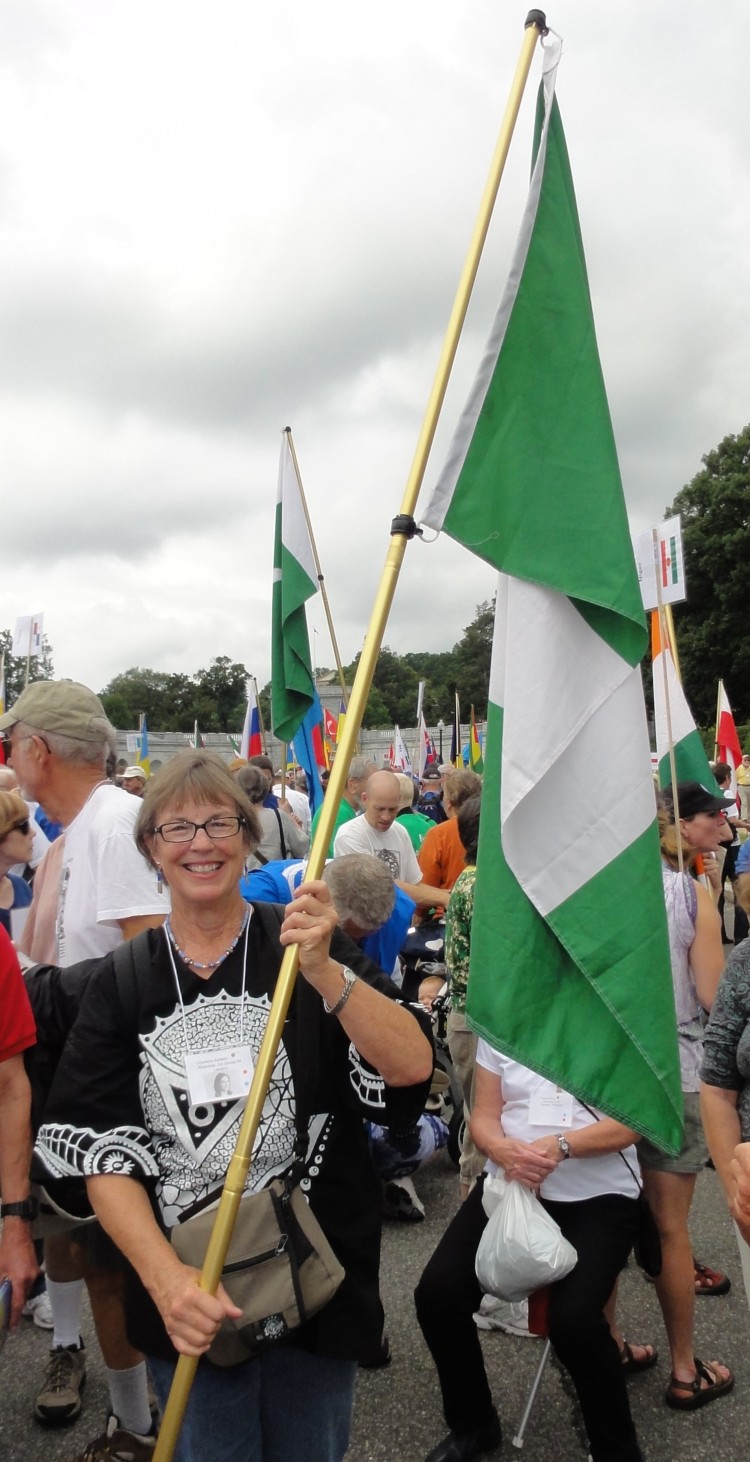 ir time in their country.

“When you come together like that you’re all reminded that you’re part of something greater than yourself,” she says.

Thousands of Returned Peace Corps Volunteers (RPCVs) gathered in Washington D.C. for the anniversary event.  Activities included reunions, panel discussions, a day of advocacy, a day of service and a “Promise of the Peace Corps Gala,” hosted by RPCV Chris Matthews.

The weekend concluded with a march of nations, each group of RPCVs marching from Arlington National Cemetery across Memorial Bridge to the Lincoln Memorial under the flags of their host countries.