Have airship, will travel — to London's British Library 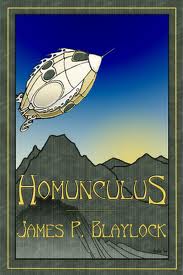 We’ve never put much stock in the mythic power of an Irish pub to stir the creative juices. But we may reconsider.

It seems that steampunk, a sub-genre of science fiction that thrives on adventure plots set in quasi-Victorian settings with lots of air ships and other whiz-bang technology, had its beginnings at O’Hara’s Old Towne Pub in Orange.

Assistant Professor James Blaylock tells us that in the 1970s he and fellow Chapman University faculty member Tim Powers, whose book On Stranger Tides inspired Disney’s latest pirate flick, and novelist K.W. Jeter, author of three Blade Runner sequels, did a bit of work together at the North Glassell Street tavern just a few steps from campus.

“I can recall a certain amount of “research” transpiring at O’Hara’s Pub.  When we had published several stories and novels, it began to look like a sub genre, the term “steampunk” was coined, and other writers in the U.S. produced novels,” Professor Blaylock says.

Now some of those early books are part of an exhibit this summer at The British Library in London, including Professor Blaylock’s  Homunculus, winner of the Philip K. Dick award for best paperback science fiction novel in 1985, and Lord Kelvin’s Machine (1992). Also on display is a copy of Professor Blaylock’s The Ape-box Affair, the first steampunk story published in the United States and winner of the first-ever Airship Award. Today Blaylock is considered one of the leading steampunk pioneers and has multiple mentions in The Steampunk Bible.

Blaylock himself won’t get to see the exhibit, which came as a surprise to both him and his agent. Alas, his air ship is already headed for Peru this summer.