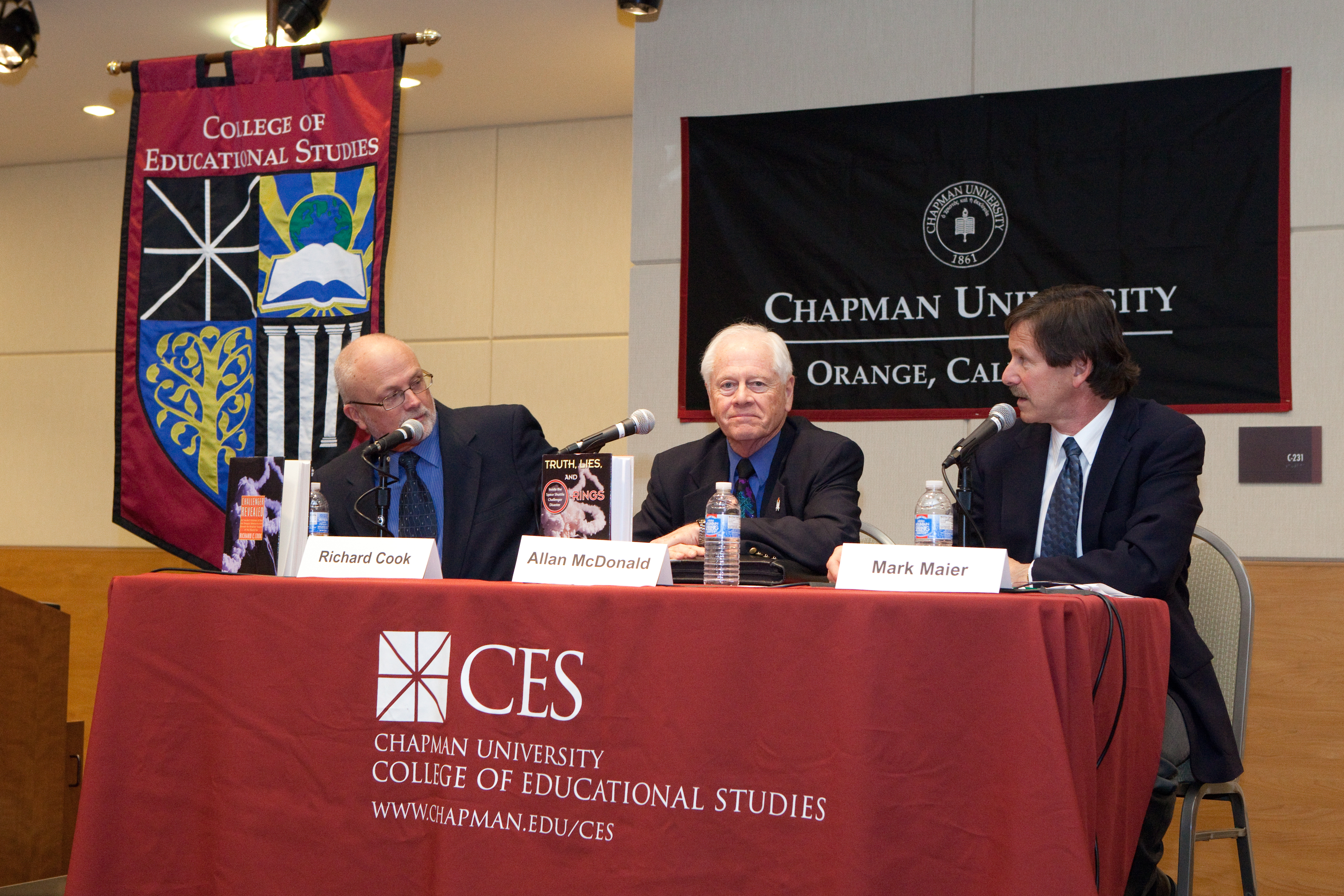 Failed O-rings, damaged fuel tanks and ice debris are all parts in the tragic story that led to the space shuttle Challenger disaster 25 years ago this week. But the bigger lesson of that episode in the nation’s space program isn’t about hardware but leadership, said participants in a symposium held at Chapman University to mark the anniversary of the disaster.

McDonald was joined by Richard C. Cook, author of Challenger Revealed,  former lead resource analyst at NASA and the person who was the first to warn of a possible catastrophic failure, in a leadership symposium organized by Mark Maier, Ph.D., director of Leadership Studies in the College of Educational Studies at Chapman. Dr. Maier has long researched the management and agency culture driving the missteps that led to the disaster.

McDonald’s and Cook’s testimony and books and other research into the disaster reveal institutional habits geared to please superiors and meet political aims. McDonald and Cook said the decision to launch in the unusually cold weather that day was driven, among other reasons, by NASA’s push to time the launch with President Reagan’s State of the Union Address and to have teacher Christa McAuliffe’s “lesson from space” occur on a school day.

The space program never quite recovered after the disaster, and Americans’ support for the kind of exploration and science essential for technological growth is still waning, Cook said. He hopes that changes.

“I call on the youth of this country to recapture that vision for themselves and not let all the great discovery be lost,” he told the audience, which included engineering students from Chapman as well as Cal Poly Pomona.

A video of the symposium will be available in the Roberta and Roger Boisjoly Collection in Leatherby Libraries. Roger Boisjoly was a technical troubleshooter for Morton Thiokol, the manufacturer of the solid rocket boosters used in the space shuttle program, who also raised vigorous objections to the shuttle launch. He donated his papers to the Leatherby Libraries last year.