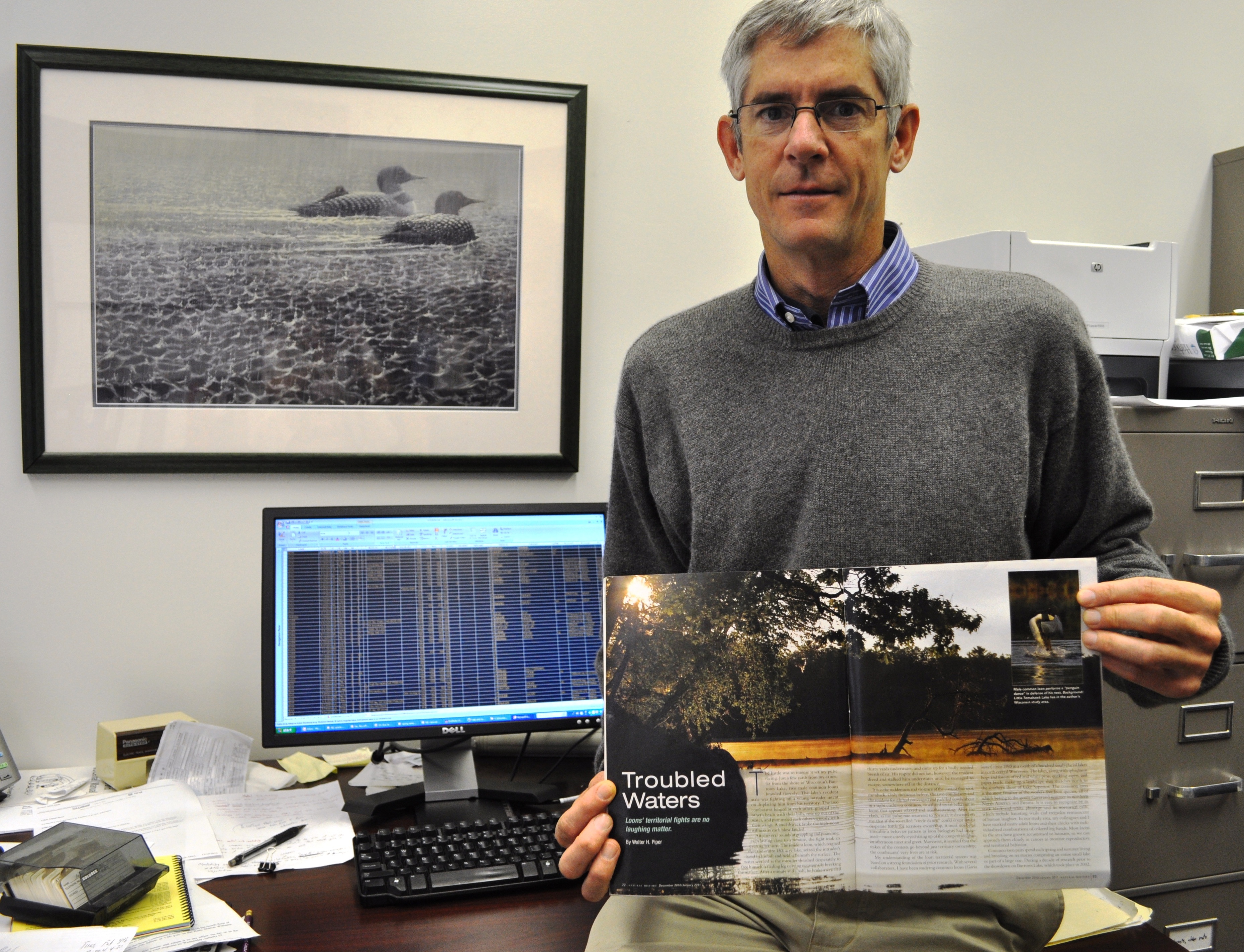 The opening scene of a feature story in the current issue of Natural History magazine reads like a dispatch from the sidelines of a gladiator battle, with two males lunging, grasping, pummeling, pounding and thwacking one another in a battle to the death.

But Walter Piper, Ph.D., professor, School of Earth and Environmental Sciences, Schmid College, is in fact writing about a violent territorial battle between two male loons, behavior that surprised and fascinated the Chapman University scientist and director of The Loon Project, a research program studying the common loon population in Oneida County, Wis. Dr. Piper witnessed the “fatal fighting” behavior while watching two males who just seconds before had been calmly circling one another, a behavior researchers long recognized as a territorial but innocuous “circle dance.”

But Dr. Piper, who has studied the common loon for 18 years, saw something entirely new to researchers that day on Wisconsin’s Burrows Lake. As he tells it in Troubled Waters, Loons’ territorial fights are no laughing matter, the birds’ territorial battles could and do escalate, something he and his team began to study over the next few years. That research is part of Dr. Piper’s scientific writing, but he felt this particular chapter of his work would also interest readers of the popular magazine.

“I thought there was a good story there – how scientists, like all of us, have certain blind spots. That’s really what the story is about,” he says. “These are sort of cool findings and I felt obligated to share them in popular venues.”