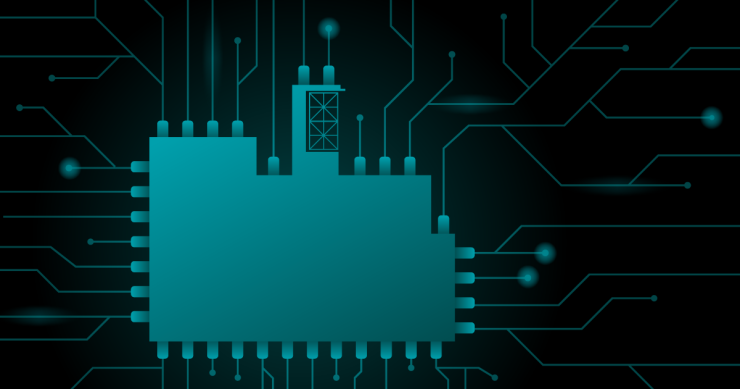 New Supercomputer Puts Chapman at the Cutting Edge of AI Research The new computer system, the product of Chapman’s participation in the CEO Leadership Alliance of Orange County, is the first community-operated supercomputer in the nation.

Chapman’s commitment to research in artificial intelligence and the data sciences is more powerful than ever. That’s because the university’s students and faculty researchers now have at their fingertips one of the fastest supercomputer clusters in the region.

The new computer system, capable of performing 8 quadrillion calculations a second, is the product of Chapman’s participation in the CEO Leadership Alliance of Orange County, a working group that includes executives at some of the most influential high-tech companies in Orange County.

Video graphics giant Nvidia Corp. donated the computer cluster to advance the shared goal of preparing more students from underserved communities and to help ensure that the region’s tech workforce is ready to thrive at the cutting edge of AI advances.

Keith Strier, vice president of worldwide AI initiatives for Nvidia, told the Orange County Business Journal that the donation of hardware is “the first community-operated supercomputer” in the nation.

Chapman is equally enthusiastic as it prepares students to work with next-generation technology and provides research expertise that feeds “a huge tech startup ecosystem here in Orange County,” said Andrew Lyon, dean of Chapman’s Fowler School of Engineering.  “This kind of computing power allows us to ask research questions that couldn’t be attacked previously.”

The new supercomputer, which is being installed in the Beckman Hall data center, was expected to be at least partially online before the start of the fall 2022 semester.

“This is a different computer paradigm, so there’s going to be a learning curve,” Lyon said. “That learning will happen as we finish our infrastructure upgrades, and then we’ll be off to the races.”

The choice of Chapman for the supercomputer cluster speaks to the university’s ambitions and “how important it is to address the big research questions with the broadest collection of scholars,” Lyon added. “These types of facilities have their own gravitational pull, bringing in people excited to work with massive amounts of data and extraordinarily sophisticated algorithms so they can do big things.”

Erik Linstead ’01 is one of those scholars working with massive data sets. The senior associate dean at Fowler Engineering and principal investigator of Chapman’s Machine Learning and Affiliated Technologies (MLAT) Lab cited research in pharmaceuticals to illustrate how the new computer will help facilitate advances across academic disciplines.

“When you look at what’s going on in drug discovery right now, no one starts with in vivo research anymore – they do it in silico first, because it’s so much cheaper to simulate before you do anything in the lab,” Linstead said. “So, yes, in general I think the data sciences are an extremely interdisciplinary field.”

“Two of the founding principles of the Fowler School of Engineering were to broaden access to engineering education and to deepen our ties to our local community and industry,” Struppa said. “This collaboration will achieve both of those goals while simultaneously accelerating our push into AI, machine learning and cutting-edge data science research.”