The first event of the Bill and Ronna Shipman Distinguished Speaker Series in Presidential Studies will be held on Tuesday, October 26 at 7 p.m. in Chapman University’s Waltmar Theater. The event is hosted by Wilkinson College of Arts, Humanities, and Social Sciences and will feature special guest John Heilemann.

The entire Chapman community is welcome to attend the complimentary event. Reserve your ticket today.

Heilemann has covered national affairs — on television and in print, in the United States and abroad— for the past three decades, earning a place as one of America’s most prominent and vital voices at a moment when politics and public policy have rarely been more riveting or consequential.

Additionally, Heilemann is a co-founder of Recount Media and the editor-in-chief of The Recount, a new platform for short-form video covering politics. He is a co-host and executive producer of The Circus, the heralded weekly political documentary series now in its sixth season on Showtime. He is National Affairs Analyst for NBC News and MSNBC, where he appears on Morning Joe, The Last Word, Deadline: White House, and The 11th Hour. And he is the co-author of two of the most successful and influential books in history on presidential politics: Game Change and Double Down, widely regarded as the definitive chronicles of the 2008 and 2012 elections, respectively. A New York Times No. 1 best-seller and worldwide sensation, reprinted in nine languages, Game Change was adapted by HBO Films into a movie of the same name, which went on to win five Emmy Awards, three Golden Globes, and a Peabody Award. 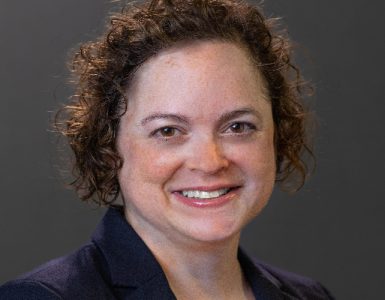 Andrea Siegel sees herself as a translator – for reasons beyond her doctorate in Hebrew literature. “Different Jews have different ways of connecting to our traditions and civilization,” says Siegel, who started as...

Orientation for Fall 2022 Begins Next Week

Chapman University is excited to welcome our new and returning Panthers to campus! Join in on the fun of getting new students familiar with their campus and surroundings. Events kickoff Tuesday, Aug. 23. Visit the...

Campus Community- Late last week, we learned the Center for Disease Control and Prevention (CDC) removed its guidance for institutions of higher education. This guidance has been the primary source for California’s...