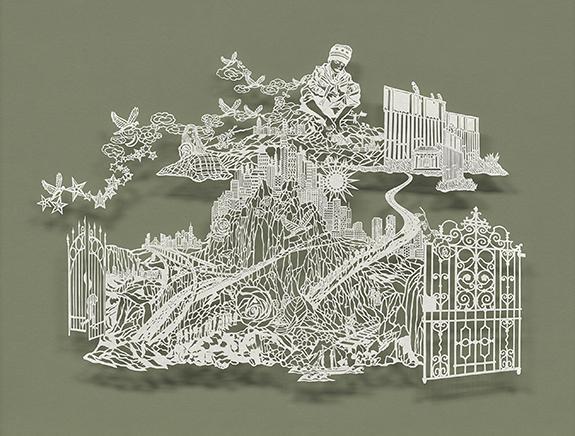 Bovey Lee, We Are All Mountaineers (Exit), 2018. Purchased with funds from the Escalette Endowment
Diversity & Inclusion

This April, Chapman University is celebrating the vast and rich contributions, stories and experiences of those from Asian, Pacific Islander and Desi American (APIDA) heritage with a month-long series of virtual events hosted by Chapman’s Cross-Cultural Center, in collaboration with departments across campus.

All events will be held virtually and are open to the entire Chapman community. Join us as we honor and stand in solidarity with the APIDA community.

A Conversation on Colorism with Student Panelists and Ryan Alexander Holmes, April 8, 4 p.m.

Join the Cross-Cultural Center for a panel discussion on colorism within both Asian & Black culture and what allyship looks like for Asian and Black communities. The event will feature  actor and activist Ryan Alexander Holms and student panelists.

The Cross-Cultural Center presents a virtual discussion on the historical significance of Little Saigon and the Vietnamese-American community. Join this discussion to reflect on matters of identity and discuss ways to support the local APIDA community.

Hosted by the Asian Pacific Islander Student Association (APSA), APIDA Celebration is an annual multicultural event that brings Asian Pacific Islander Desi American performers, from inside and outside of the Chapman community, together to showcase their talent and celebrate APIDA culture. This year’s live stream event will feature several artists and performers including Priska, Raja, Miknna, Will Jay and other APIDA artist /performers.

Catch Up on the Latest Earth Day Events

Did Friday morning get unexpectedly busy and you missed out on the Home Gardening discussion, game and starter kit session? Don’t worry! The session was recorded and will be available on the...

Sustainability is integral to campus culture at Chapman University. Each year the Office of Sustainability asks the campus community to participate in the Campus Environmental Survey. This survey is instrumental in...

Ramadan Musings: The Gravity of a Small Act