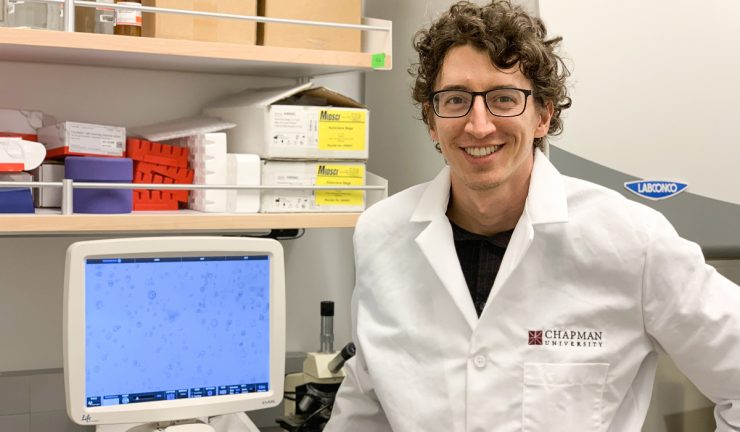 “We don’t have a good understanding of how the disorder is caused, and there are not a lot of treatment options,” says Miklavcic, Ph.D., an assistant professor of food science at Chapman University who also has an appointment as a visiting scientist at CHOC Children’s – Children’s Hospital of Orange County.

Investigating Buttermilk Powder as a Treatment

In his dual role, Miklavcic collaborates with CHOC gastroenterologists Kenneth Grant, MD, and Gregory Wong , MD. Among their ongoing studies is one investigating buttermilk powder as a treatment that may alleviate symptoms of inflammatory bowel disease. The powder is a good source of gangliosides, a component of all animal cell membranes.

“The only time we get gangliosides is when we get human milk,” Miklavcic says. “The content declines over the period of lactation.”

Initial research indicates that the treatment offers some protection from inflammation, he says. “This is a type of disorder someone lives with forever. It can go into remission for months, or years if we’re lucky, but it never really goes away,” Miklavcic says. “So we want to see if we can have an impact as early as possible in a patient’s life.”

“The disorder can have a huge impact on quality of life,” Miklavcic says. “We want to see if we can prevent some of the things that seem inevitable.”

In May 2019, Miklavcic received the Health and Nutrition Division New Investigator Research Award given by the American Oil Chemists’ Society. The award recognizes young scientists who are making substantial research contributions.

His translational research focuses on understanding the therapeutic applications of functional foods and nutraceuticals in human health. Miklavcic is particularly interested in how dietary lipids interact with and regulate gene function in neonatal health and in chronic conditions.