Chapman University alumna Sarah Waldorf ’12 is helping to manage the Getty Foundation’s successful #BetweenArtandQuarantine campaign. At left is one of the most popular inspirations, “Irises,” 1889, Vincent Van Gogh. Oil on canvas, 29 1/4 × 37 1/8 in. The J. Paul Getty Museum, 90.PA.20. At right is a re-creation via Twitter DM by Cara Jo O’Connell and family, using Play Doh, carrot slices and wooden beads. (Image courtesy of Getty Foundation)
COVID-19

With Heart and Soul, Chapman Alumna Helps the World Meet Artistic Challenge Sarah Waldorf '12 is part of the Getty team behind #BetweenArtandQuarantine initiative.

Like museums everywhere, the doors are closed these days at the legendary Getty Center that perches atop the hills of Los Angeles. But thanks to the work of a Chapman University alumna, its windows are wide open to the world. Virtually, that is.

As the social media lead for the Getty, Sarah Waldorf ’12 is helping to manage #BetweenArtandQuarantine, an online project inviting people to have a little diversionary fun by re-creating its artworks with household objects while hunkered down at home during the coronavirus pandemic.

Apparently, it was just what art lovers, teachers, families and anyone with a pearl earring – more on that later – needed during these house-bound times. The first tweet inviting the public to browse the digital collection and join the project now has 3 million impressions and almost 3 million engagements. That’s social media speak for visitor views, retweets and so on – the brass ring for online communicators. And they keep on coming in the form of re-created artwork flooding in, from artful interpretations of Van Gogh’s “Irises” to parodies staged with kitchen appliances. And cats, of course.

“We have an amazing and engaged audience of online followers. I expected that people would take us up on this creative challenge. … I didn’t expect it to go worldwide,” says Waldorf, who double-majored at Chapman, earning a degree in art and another in public relations and advertising. “The scale is just unlike anything we’ve ever seen before.”

It even topped the museum’s award-winning #GettyofThrones campaign. Waldorf credits Chapman for preparing her to thrive in the creative world. She likens the collaborative work she does now to the brainstorming and critique sessions she enjoyed with fellow art students as they prepped exhibitions for the campus Guggenheim Gallery.

“That was a great primer for this work,” says Waldorf, who started with the Getty as a Getty Marrow Undergraduate Intern on the recommendation of Department of Art professor Micol Hebron.

Art mimicry and parody aren’t new, and even this project was inspired by a similar one launched in the Netherlands. But Waldorf suspects the overwhelming popularity of this timely mashup of art and craft is driven by a hunger for connection and creativity. Half the fun for her is following the comments on people’s Twitter posts.

“There’s a sense of connecting with people around the world, which must feel great, especially in this time. And you’re doing something away from the computer with your hands. Your playing with clothes and textiles and doing your hair in a certain way. It’s a really tactile activity,” she says.

She knows of what she speaks. To seed the project before the public jumped in, she invited Getty staff to provide some of the first art re-creations. Waldorf added one of her own, subbing in her dog for a twist on “A Hare in the Forest” by Hans Hoffmann.

“My dog kind of looks like a bunny,” she says, laughing.

Many of the challenge participants have opted to re-create Vermeer’s iconic “Girl With a Pearl Earring,” which isn’t even a Getty acquisition. But it’s all good. Inspiring people and creating community around the love of art is what the project is about, she says.

Waldorf is close to that community now. As social media lead, she corresponds directly with many of the people sharing not just their art but their stories, too. Teachers use the challenge to inspire students. Families say their art parodies have been a source of brightness for grandparents they can’t visit in person. And countless others just say thank you and keep them coming.

“I’ve received a lot of messages that said, ‘Please don’t stop sharing these.’ Seeing creativity is so healing,” she says.

Throughout the workdays, spent from home now, she and others on the social media and communications steam check in on the submissions and emails frequently and never tire of the outpouring of re-created art, from the artful to the humorous. Waldorf describes it as a labor of love.

The #Getty Challenges People to Recreate Masterpieces With Their Stuff at Home #museumfromhome https://t.co/dzDW3dTUdo pic.twitter.com/GiOJc6cFk7

“It’s a little overwhelming to be trusted with people’s personal stories. Every time I go into the in box, I go with an open heart and open mind,” she says. “I just try to help people be seen.” 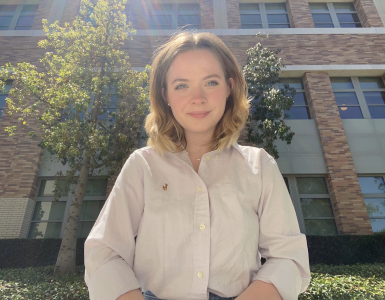 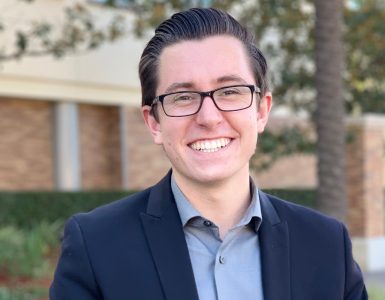