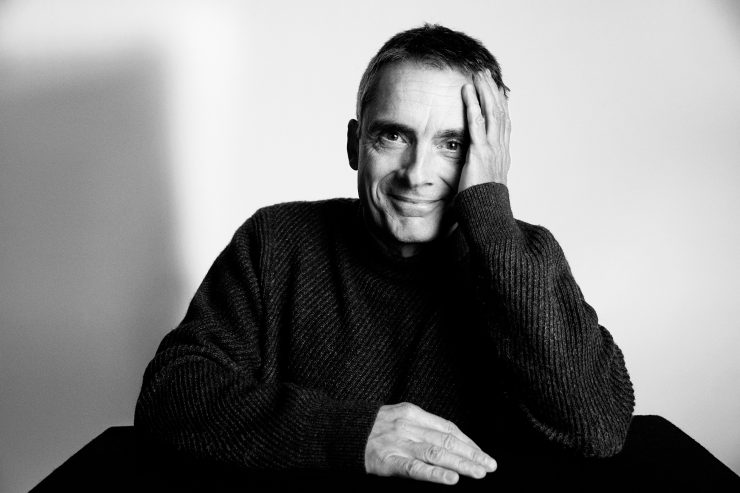 “I love his passion for film as an academic discipline and his vision for how our students and alumni can be a part of this exciting industry,” says Chapman President Daniele Struppa. Galloway will join Chapman on March 30.

What is less known is that Galloway graduated from Cambridge University with First Class Honors and came to America on a Harkness Fellowship (the British version of a Rhodes Scholarship). After studying at the American Film Institute’s conservatory, he worked in film and television both in the U.S. and France before joining The Hollywood Reporter where he has served for almost 30 years.

‘Passion for Film as an Academic Discipline’

“Stephen has an in-depth knowledge of the entertainment industry,” said Chapman University President Daniele C. Struppa, Ph.D. “But he is also a gifted intellectual who will help bring our nationally-ranked film school into an entirely new era. I love his passion for film as an academic discipline and his vision for how our students and alumni can be a part of this exciting industry.”

Over the past decade, Galloway worked to bring in and support diversity in the entertainment industry. Through a partnership between The Hollywood Reporter and Big Brothers Big Sisters of Greater Los Angeles, he created the award-winning Women in Entertainment Mentorship Program, which pairs high school juniors from schools in South Central Los Angeles with top-level women in film and TV. More than 250 teenagers from disadvantaged backgrounds have participated in this program and gone on to college, helped by more than $10 million that Stephen has raised in scholarship money.

Additionally, this past year, Galloway spearheaded The Hollywood Reporter’s new Empowerment in Entertainment event, designed to celebrate diversity, and launched a leadership program for young men and women of color, the Young Executives Fellowship, in association with Oprah Winfrey.